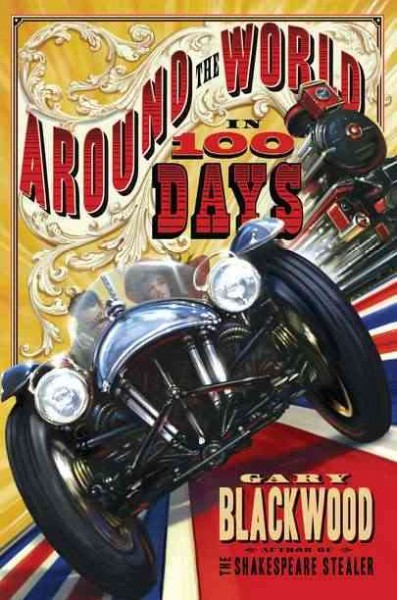 Around the World in 100 Days 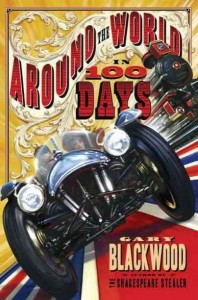 Perfectly capturing the enterprising spirit of the turn of the 20th century, Gary Blackwood’s Around the World in 100 Days is an enjoyable update on the classic Around the World in 80 Days.  This time around it’s Phileas Fogg’s only son, Harry, whose vision, guts, and bravado will be tested. Caught with the same fire and courage of his father, Harry embarks rashly on his adventure, but this time it’s to prove to the skeptical world that the motor vehicle, his Flash, is the way of the future.

Boldly, and sometimes heedlessly testing the limits of technology, Harry and his mechanical-genius Johnny, along with the doubting Charles and the plucky, fearless journalist Elizabeth, forge full throttle across a world that’s not ready for their machine or for the spirit that drives them.  Along the way they encounter every obstacle both the old world and the new one can throw at them: “roads” unfit for the vehicle, lack of supplies and machinery, curiosity and downright hostility of people, outlaws, weather, rivers and mountains, and most troubling of all, sabotage and treachery.  Will they make it in time? And alive?

For historical ficiton buffs, as well as those who like a well constructed adventure, Around the World in 100 Days is a captivating read.  Also exploring the relationships between fathers and sons, friends and enemies, colonial/imperial powers and the people they subdue, the rise of technology and the repercussions of “progress”, as well as the courage it takes to grow up, Blackwood packs a lot in those 100 days, but it sure is a fun ride!