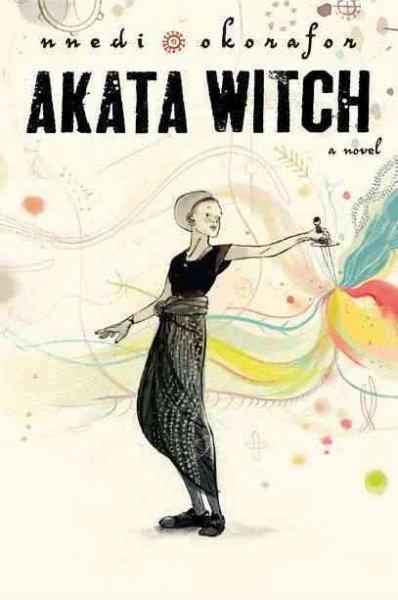 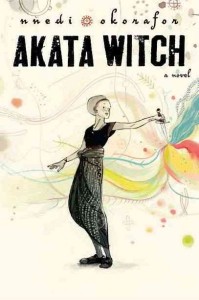 I read a lot of books; fortunately, my profession and one of my hobbies jive like that.  And since I read so many books, I find myself jaded by the repetition on theme, the slight variations on popular books that are churned out in the hopes of finding “the next whatever“, and the lackluster writing and poor editing that occurs in the rush to print more and more.  So it’s a rare day when I am so engrossed in a book I cannot stop reading it and then cannot stop telling people about it.  And on Saturday, I got to have one of those days when I fell into Nnedi Okorafor’s Akata Witch.

12 year old Sunny doesn’t really fit in anywhere: born to Nigerian parents living in New York, she and her family have recently moved back to Nigeria, where the other kids give her a hard time for being “akata” – foreign born Black.  On top of being a cultural misfit, Sunny is an albino, and her other-worldy appearance sets most people on edge.  She’s got a remarkable amount of courage, spunk, and grace in the face of what must be a fairly isolated and lonely life on the edge of “normalcy.”  When Sunny makes friends with Orlu and Chichi and they reveal to her that they, and she, have magical abilities, Sunny’s world changes in an instant.

Now, Sunny is an outsider in a whole new way: a “free-agent” without a magical parent to guide her, and years behind in her knowledge of both the rules and how to use her powers, she must learn quickly and seek out information wherever she can find it in the magical world of the Leopard people.  Luckily, she has allies in Orlu, Chichi and their teacher; soon their group is joined by Sasha, and their powers and shortcomings are so complimentary it seems as if their friendship was destined to be.  But for all the excitement that awaits Sunny, there is a dark side to this magical world: the consequences for mistakes in spell casting can be dangerous and deadly.  Even more frightening, a serial killer whose sinister plans are poised to bring about the end of the world is targeting children and it appears that Sunny, Chichi, Sasha and Orlu are the only ones who can defeat him.

Akata Witch is rich, real, and beguiling, taking the reader on a captivating  journey through a unique global landscape.  There are similarities to Harry Potter, but it’s more like getting to know a distant cousin from an equally enchanting, amazing world.  Okorafor weaves together bewitching magic, diverse cultures, feminism, and a sense of real danger as though she is casting her own juju spell over the reader.  Here’s my hope: since Okorafor seems to have set Akata Witch up as the first book in an eventual series, it would be fascinating if she would write a book from each teen’s perspective, exploring and expanding this colorful, imaginative, dangerous, and thoroughly addictive world.  But even if she sticks with Sunny as the central character, I’m anxiously awaiting the next enchanting adventure.