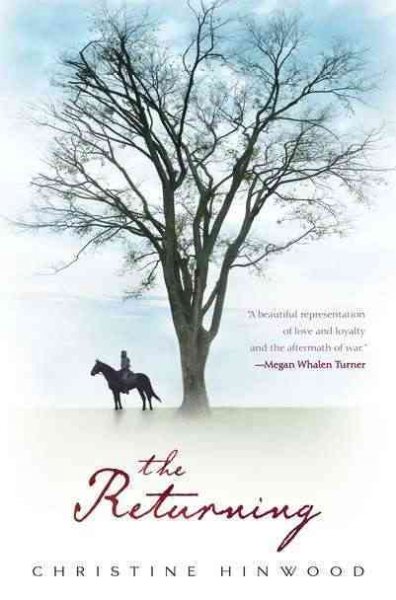 The long war between the Uplanders and the Downlanders is finally over: there’s a new lord, an Uplander; refuges, hoping for healing and a new life, are still fleeing south after their villages and 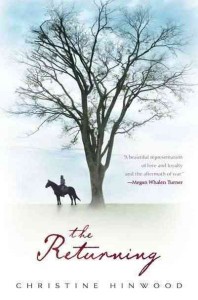 livelihoods have been destroyed; battle-scarred soldiers are returning home to an uneasy welcome and must face questions about the fates of those did not; and the day-to-day life in every village will never be the same as everyone deals with the overt and subtle changes, wounds, and uncertainty about what lies ahead.  Cam Attling was 12 when he marched off to war. Now he’s 18 and has returned to the small village he once called home without his arm but full of anger, confusion, and painful memories.  His 6 year old sister Pin is glad to have her brother back but doesn’t understand why Mam and Da treat him differently and why he spends so much time at the tavern.  Graceful is the daughter of the village’s richest landowner and her betrothal to Cam is to be broken and the future she envisioned for herself is unraveling as messengers come to her father from the new Lord.  Diido is fleeing south with a group of people from the ransacked city, running from memories of the cruel soldiers and the destruction of her home, but without anyone to help or support her, she is forced to trade herself for provisions and protection along the road.  And the son and heir of the new Lord, Gyaar, never wanted to be a soldier, or a leader, but the death of his older brother has forced him to take on a role he feels ill suited for.  All these fates and more are intertwined in The Returning, Christine Hinwood’s examination of the complexities of love and loyalty in the aftermath of war.

The Returning was almost inaccessible at first; Hinwood does such a good job creating the “medieval” village – its people, politics, customs and dialect – that it wasn’t until about 1/3 of the way into the book that I really knew who anyone was or understood what they were saying.  It took longer to figure out how each of the narrators and other characters were connected to each other and both the individuals’ and the village’s backstory.   To fully appreciate the world Hinwood created, I read the book a second time, and in doing so saw the richly colored, finely woven fabric she’s made.  The use of different narrators adds depth and texture to The Returning, making it more resonant and impactful as these people deal with the aftermath of a war that has affected them in both large and very small ways.  It’s not just the soldiers that have to find a place for themselves in the post-war world and Hinwood’s story gives us a glimpse into the pain and hope that can come after war.