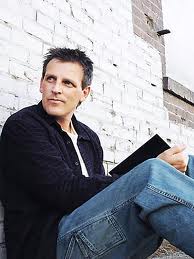 By: Cori
In: Ideas You Can Use, This is interesting

This week—quite fittingly on March 15—novelist Patrick Carman debuted “3:15,” an app for Android and iPhone that introduces nine spooky stories and involves listening to an audio introduction, reading a text story, and watching its conclusion on video—the three components represented in the app’s title. The title’s reference to 15 indicates the approximate number of minutes it will take kids to listen to, read, and watch each story.

The first episode, Buried Treasure, is currently available for download and the second, Reflecting Pool, will be released on March 29. The subsequent stories will become available at two-week intervals, with the final installment releasing on July 5. The inaugural story can be downloaded for free, and the others carry a $.99 charge. Additional information is available on the project’s Web site.

In September, Scholastic Press will publish 3:15, a hardcover collection of all nine stories, plus a new Skeleton Creek short story based on that series by Carman. This story will contain clues to the Skeleton Creek narrator’s identity and back story, and will be told in the same three-part format as the other “3:15” tales. The book will have a tie-in Web site housing the stories’ video conclusions, which readers can unlock using passwords found at the end of each story.
Visit Patrick’s site and watch the 3:15 trailer.
2011-03-17
Previous Post: The role of Katniss in “The Hunger Games” goes to…
Next Post: Where She Went