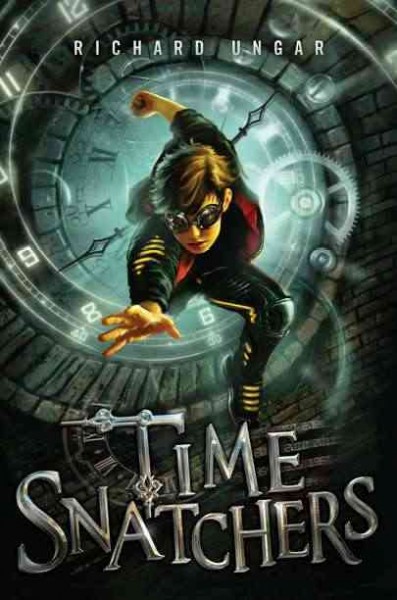 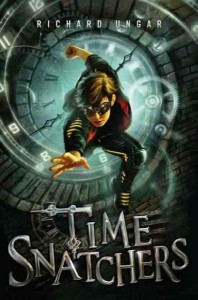 Time Snatchers by Richard Ungar is about an orphan named Caleb who was adopted by a mysterious man known only as Uncle.  This ‘Uncle’ has created a way to go back in time. Caleb and the other adoptees are used by Uncle to go back in time to steal important, but not high profile, historical objects. To make a profit, Uncle sells these items to wealthy people who want pieces of history.  The adopted children, called time snatchers, are compelled to cooperate because if they fail to complete a mission, they are severely punished. The two most successful time snatchers, Caleb and Frank, are pitted against each other by Uncle to secure the position of second in command. During this competition, Caleb begins to realize that what he is doing is wrong; however, Uncle’s sinister plans for the future are expanding. Caleb decides to then set out on a journey to right his wrongs and save history from Uncle’s control.

I really enjoyed Time Snatchers by Richard Ungar. This is an exhilarating page-turner that has a cliff-hanger at the end of every chapter that will make any reader want to continue. It is an exciting read fueled by cutting-edge technology, competition, and exciting journeys. Each journey and time period are well-described and the author paints clear pictures inside the reader’s mind, as if the reader were really there. The time period descriptions of each era are spot on; including the formalities of the Ming Dynasties in 1423 and the “groovy” ways people talked and lived in the 1960s. The author voices the characters’ thoughts and intentions with authenticity, as the characters are both believable and relatable. In conclusion, I recommend this book to anyone who enjoys novels with science fiction, lots of action, and unexpected twists and turns.