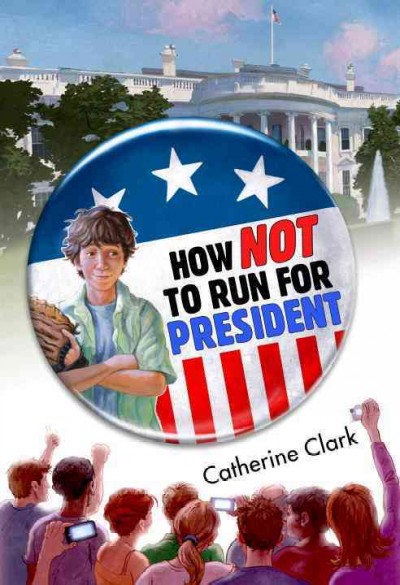 How Not To Run For President 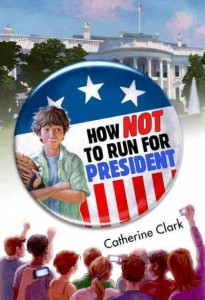 Is Seventh Grade the right age to enter politics?

For 12 year old baseball loving, clarinet playing Aiden Schroeckenbauer, the decision seems to be out of his hands – after a chance encounter with the new Fresh Ideas Party Presidential Candidate, Minnesota Governor Bettina Brandon, in which he not only shares his perspective on the manufacturing industry’s decline in his small hometown in Ohio, but also saves her from a falling metal sign – Aiden is recruited by the Governor and her campaign staff on their bus tour of the Midwest.  It seems Aiden’s youthful face, honest perspective, heroism, and small town values have struck a chord with the American public and the Governor’s campaign wants to capitalize on their new-found treasure.  But all too soon things start to go terribly wrong:  Aiden’s golden glow evaporates in a media firestorm that Aiden believes was caused by another kid who doesn’t want Governor Brandon to win – Emma Brandon, the Governor’s daughter.  Can Aiden muster the perseverance to set the record straight, squelch the vicious rumors the media is circulating, and get home with his dignity and reputation intact?

Catherine Clark’s How Not to Run For President is a funny, light-hearted look at the mixed-up, media crazed world of presidential politics and one kid’s 15 minutes of fame.  This fast moving, easy to read book is full of heart and just enough zany (but all too plausible) plot twists to entertain and elucidate readers at a time when we’re already tired of the media circus surrounding this important facet of our democracy.

2012-01-25
Previous Post: Reader’s Review: The False Prince
Next Post: Hungry for More About the Hunger Games? A Q&A with Amandla Stenberg (aka Rue)