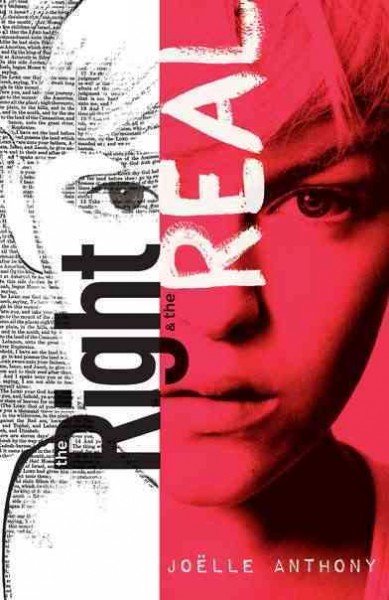 The Right and the Real 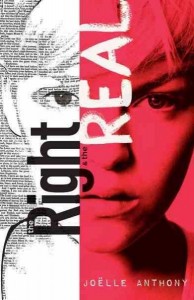 The Right and the Real by Joëlle Anthony contains the typical adolescent girl themes: romance, friendship, and finding one’s own voice or identity, but it transcends those themes to explore the impact of poverty, addictive personalities, and religious organizations that border on cultish behavior.  Seventeen-year-old, Jamie Lexington-Cross fears being sent back to her drug addicted mom when her alcoholic dad stops attending therapy and trades one addiction for another, the Right and the Real church.

Brainwashed by the petite Mira whom he takes as his bride and by the loud and certain preacher who considers himself Jesus, Robert Lexington-Cross evicts his pragmatic daughter from their home, calling her a sinner when she refuses to sign the church’s Pledge.  Jamie, who drives a Lexus and has never turned on a vacuum cleaner, let alone operated one, longs for her posh and easy past life.  Now homeless and penurious, Jamie finds herself rocking and crying on a wobbly cot in a room that smells of vomit, the only room she can afford in a seedy motel where shootings and drug deals take place regularly.  Feeling betrayed but unwilling to capitulate to her dire circumstances, Jamie knows she’ll survive, but not without some major adjustments in her life—including giving up the star role in the high school’s musical, trading the time for a job at the Coffee Klatch and the income needed to buy tooth paste, shampoo, and pizza pockets from 7-Eleven.  Her life is further complicated by her secret relationship with Josh Peterson, the son of one of the church’s disciples, and by her desire to realize her dream to attend acting school in New York.

The only stable adult in her life is her 51-year-old neighbor, LaVon Mitchell, a mammoth sized ex-con who is on parole for voluntary manslaughter and who wears shades even on gloomy days.  LaVon, who turns out to be a gourmet cook with a hot plate, becomes like Jamie’s guardian angel, but Jamie reciprocates on several occasions, making their relationship almost symbiotic.  When Jamie’s dad sends their secret SOS, Jamie has to find a way to rescue him, and LaVon agrees to help, despite the risk to his parole: “Those goddamned church people latched on to your dad for his money, James.  They don’t give a damn about his soul.  It pisses me off” (241).  Because he hates bullies, LaVon volunteers to put the fear of God in those church people as long as Jamie can concoct a plan that won’t be breaking the law.  And what a plan it turns out to be for the Right and the Real!