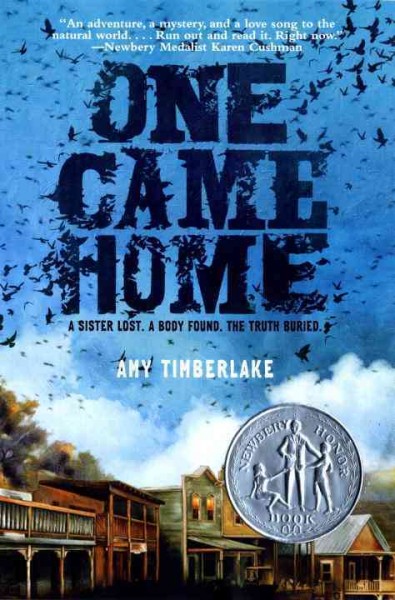 Georgie Burkhardt is a feisty, smart, and headstrong girl.  She speaks her mind plainly, will not abide nonsense and foolishness, and has the truest aim with her rifle that anyone has ever seen.  Georgie is certain about most things in her life: the fact that she and her older sister Agatha will one day run their grandfather’s general store in their small prairie-edge town of Placid, Wisconsin; that gold has more value than paper; and that “living with uncertainty is like having a rock in your shoe.  If you can’t remove the rock, you have to figure out how to walk despite it.  There is simply no other choice.” (226)

Georgie’s life has been turned upside down since Agatha ran off with pigeoners – unsavory folks who descended upon Placid to make their fortune off the largest passenger pigeon nesting in recorded history.   Now, Georgie stands between her Ma and her Grandfather in a borrowed black dress over a coffin filled with unidentifiable human remains and scraps of her sister’s favorite dress.  While everyone else is determined to accept that Agatha is dead, Georgie knows deep in her gut that the body in the box is not Agatha.  Standing there at the funeral, Georgie decides that she must take it upon herself to follow her sister’s trail and discover what really happened to her.  Fueled by her certainty and propelled by her own feisty stubbornness, Georgie and Agatha’s former beau, Billy, sneak off to track Agatha down.  But Georgie’s determination may not be enough to get her through the dangers, both natural and human, that lie in wait along the dusty road into the frontier.

One Came Home, Amy Timberlake‘s most recent book, is a sheer delight.  Timberlake creates a richly imagined, historically-accurate world on the edge of the frontier in 1871 Wisconsin; a compelling and unpredictable mystery; and a central character whose spirit and sheer force of will make her the kind of girl you wish you had the courage to be.