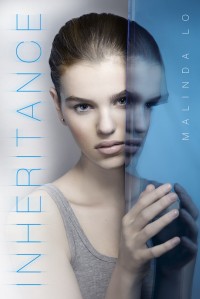 ust in time for the General debate of the sixty-seventh and sixty-eighth sessions of the General Assembly of the United Nations this September, Malinda Lo’s novel Inheritance, a sequel to Adaptation will release for publication.  Lo’s book explores the adaptation abilities of two seventeen-year-old debate partners, David Li and Reese Holloway, who are abducted from Noe Valley, California, by Imrians, aliens from the planet Kurra.  Although a car accident after a debate match renders them brain dead, Imrian scientist Dr. Evelyn Brand not only saves their lives but alters them to become what some consider “hybrid monsters.”  After their adaptation, David and Reese are able to communicate mentally when they touch.  The Imrians call this ability, susum’urda, and consider it life-saving research for all humanity because it allows for true empathy.  Lo’s book asks the question: Would we be so quick to hate if we shared our consciousness with others, if we were able to experience directly how others experience the world?

Another prime advantage of the adaptation procedure is a lifesaving ability to heal.  With these “superpowers,” David and Reese find themselves persons of interest to the US government, who is making the teens feel like criminals by tailing and censoring them.  Despite their passion for debate, David and Reese aren’t sure they are ready to be spokespeople for humanity, but the more they learn about government cover-ups on both sides, the more they realize the public has a right to the truth.

Besides telling an action-packed story and considering the repercussions of genetic engineering, Lo’s book up-ends current beliefs about evolutionary theory, religious systems, monogamy, alien visitations, and psychic abilities.  She also invites her readers to consider the difference between gender and biological sex, to see physical differences as superficial, and to differentiate between feelings and emotion.

Caught in the web of conspiracy and mystery are human relationships, complicated and inextricably linked.  A desire to protect human populations by preventing crimes against humanity not only forms the core of Inheritance, but provides the theme for the UN’s informal, intertactive dialogue on the responsibility of States.  This sci-fi romantic thriller is both timely and thought-provoking.