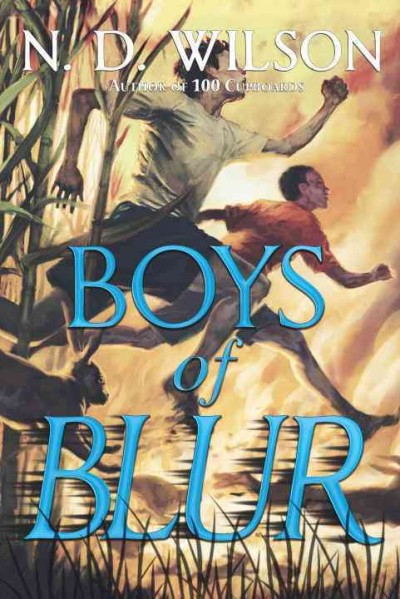 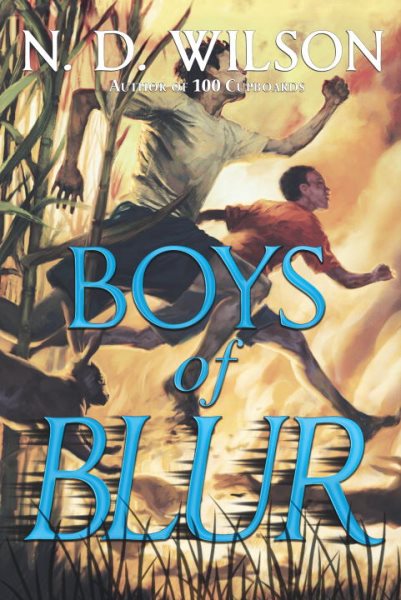 A magical realism tale, Boys of Blur by N.D. Wilson is set in Taper, Florida, “where the sea of sugarcane stops and swamps begin” (1). The thick, mucky place intrigues twelve-year-old Charlie Reynolds who is attending the funeral of his stepfather’s father.

While the family is in Florida, Charlie notices a look on his mother’s face, the old look of fear, placed there by an abusive father. He knows his mother does not like this place, so when the townspeople ask Prester Mack to coach the football team, a position vacated by the death of Willie Wisdom, Charlie worries that the place will dredge up old fears: “Somewhere in this broad, flat land of muck and cane, there was a man she had one loved,” a man who had beaten her and given her both physical and emotional scars. Still, Charlie doesn’t belong in Buffalo, New York, or to any other place; he belongs to moments.

Moments spent in the swamp are memorable ones because the swamp becomes a place of reunions and unusual meetings; it also becomes a place for conditioning for the football team.  Chasing, reacting, and exploding after rabbits that bolt the burning cane, the boys learn to juke and jive, to practice the moves needed for football flexibility and speed.

In the swamp, Charlie encounters Lio who tells him of Gren, which Charlie calls Stank because of their rotting, musky, skunky, sewer stench.  The Gren are men, transformed after death to haunt the swamps.  Their hunger and hate, born of destructive forces like envy, rage, and self-pity, have transformed them.  Now, they prowl for other souls to corrupt.  His mind overloaded with worries and wonderings and confusions, Charlie decides to confront their queen mother to save his cousin Cottonmouth Mack—a risk he’s willing to take; “I’d rather die than not try” (125), he says.

The quest takes Charlie on an epic trek, one of challenges, poison, blood, and monsters.  Rich with allusions to Beowulf, Wilson’s story will treat readers to adventure and danger and magic.