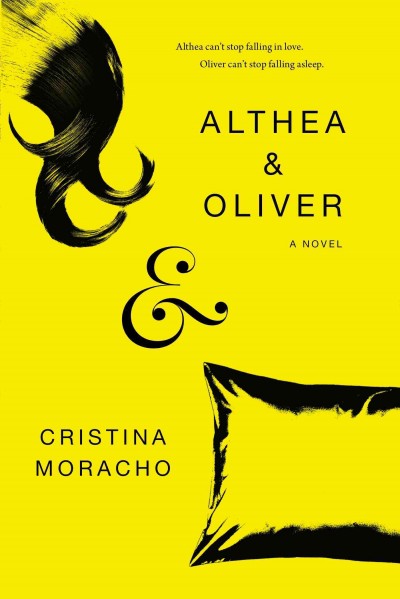 Cristina Moracho‘s debut, Althea & Oliver, reads like a bandage is being ripped off your skin.  The wound beneath needs to be exposed to the air, but you’re 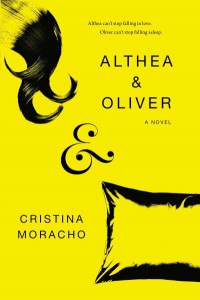 afraid to see it, and it hurts.  So you pick around the edges, but the bandaid is sticky and clings to your skin, pulling the hair on your arm.  It hurts to try, but you’re desperate to get it off, almost to the point of maddening impatience.  Then, the point of no return is reached and with one painful, sharp tug, you rip off the bandaid and, despite the shock of sharp pain, you can exhale and relax.

Teenage best friends, Althea and Oliver’s, lives have revolved around each other since they were 6.  They’ve grown up together: Althea’s darkness provides the shadow to Oliver’s light.  Oliver’s optimistic, extroverted style counters Althea’s introverted, moody vibe.  Always together, no one, even themselves, really knew or thought to question where Althea ended and Oliver began.  But as high school has progressed, things have quietly started changing: Althea’s gotten moodier, angrier, and more volatile.  She can’t admit to herself that she’s secretly in love with him and wants their relationship to change, no matter the cost to their friendship.  Oliver, for his part, has found himself pulling away from Althea’s changing energy, wishing, on many occasions, that things go back to normal.   His reluctance to face the changes in their relationship has manifested in a sleeping disorder, called Kleine-Levin Syndrome, where he suddenly drops into a deep sleep and stays unconscious for weeks on end.

Without Oliver, Althea spirals.  When he leaves to go to New York to participate in a KLS study, her world implodes.  Althea lies to her father, telling him she’s going to spend the holidays in New Mexico with her estranged mother, but instead makes her way to New York to track Oliver down.  She ends up, however, with an eclectic collection of misfits, college drop outs, and crusty punk rockers in Brooklyn, and it’s here that Althea finally realizes that she doesn’t need Oliver to define her; she doesn’t need him to be herself; and she can learn, through trial and error, to be ok on her own – “it feels good, and it still hurts.” (364)