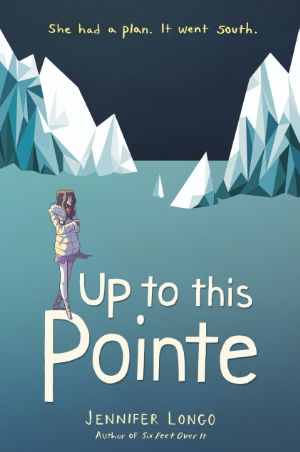 Up to This Pointe 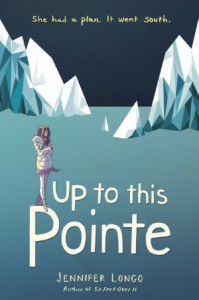 Staying determined, disciplined, and driven, Harper Scott and her best friend, Kate Grey have been working since before preschool on their goal—to dance with the San Francisco Ballet Company. Thinking that motivation, sacrifices, dedication, passion, and effort will ensure success, Harper doesn’t believe in luck.  Full of love and hard work, she is chasing fulfillment.

Because Harper is also a descendant of Robert Falcon Scott, the Englishman who is best known for his legendary and fatal attempt to be the first to reach the South Pole, she has adopted a motto: “Succeed, or die in the attempt” (13).  With Scott in her blood, Roald Amundsen in her will, and Ernest Shackleton contributing endurance vibes, she intends to plant her flag.  Harper’s brother, Luke—named for the Star Wars character—sees the hard work and the passion in his sister, and calls her his Yoda, his hero who emulates the motto: “Do or do not.  There is no try” (147).  Now, at seventeen and with auditions imminent, Harper and Kate are about to see their faithful efforts come to fruition—only they don’t, and Harper is left to make sense of what she considers a ruined life.

Numb, disappointed, and disillusioned, Harper wishes she could escape to Antarctica so that she can be alone and embraced by the darkness that overwhelms her.   After  applying for a National Science Foundation grant for seniors looking to enrich their science education, Harper secures a position—with some string pulling and some stretching of the truth—as the research assistant of Charlotte, a biology student doing penguin research under Ellen Scott, a marine biology professor who is also Charlotte’s thesis advisor and Harper’s mother.

However, Harper doesn’t belong to the discourse community of scientists.  The language she knows especially well is that spoken by ballet dancers: pointe shoes, rond de jambe turns, grand jetés, battements, and pliés.  But under Charlotte’s tutelage, Harper falls in love with the Adélie penguins and learns to think in questions.  Despite her attempts to turn what she thinks she knows over and over, to discover what’s underneath, to let herself be surprised , and to see life from a new angle and in a new light, Harper remains lost, defining herself by what she lacks.

Depressed, grieving, and colder than she has ever been before, Harper begins to show signs of T3, a thyroid condition that affects cognitive sharpness and plunges a person into a fugue state as the brain reassigns chemicals to keep the body warm and alive.  With a prescription to make frequent visits to the McMurdo Station greenhouse, Harper lies in a hammock where Shackleton gets inside her head.

These hallucinations help Harper focus on changes in thinking and behavior.  Shackleton’s candor forces Harper to consider disappointment, entitlement, and her gifts from new angles.  Letters from home in San Francisco—especially those from Owen and Willa—also assist Harper in unraveling what she considers the ruins of her life.  And on Antarctica, Aiden serves as an attentive suitor and distraction as Harper moves through the stages of grief.  Gradually, she comes to understand Shackleton’s wisdom: “You will the truth you need to survive; you make it so” (212).

Besides developing a rich plot with interesting characters from whom readers can learn important life lessons, Jennifer Longo writes Up to This Pointe with multiple teachable moments about the geography and the beauty of Antarctica and the aurora australis.  The allusions alone make this book a significant one.

2016-01-21
Previous Post: The Borden Murders: Lizzie Borden and the Trial of the Century
Next Post: Seven Black Diamonds