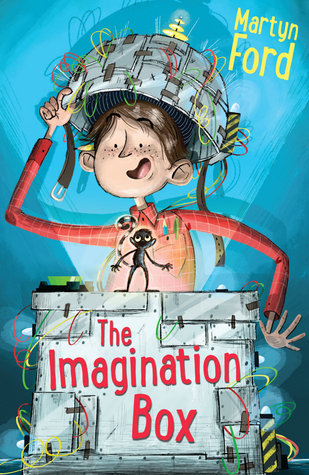 By: Jacquie
In: Action & Adventure (YA), Sci-Fi & Fantasy (YA), Young Adult Book Reviews 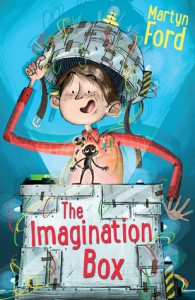 What if there was an invention that could create ANYTHING you could imagine? For ten year old Tim, this invention is not only real, it is life changing!

Tim was recently adopted by Elisa and Chris Green, owners of the Dawn Store Hotel. Tim’s adoption was finalized just two weeks before the hotel opened, which means Elisa and Chris have been very busy working. This gives Tim plenty of time to roam the hotel and even run into trouble at times.

One day, Tim stumbles across a peculiar hotel guest, Professor Eisenstone. The professor’s hotel room happens to be across the hall from Tim’s, and after strict orders from Elisa to not bother him, Tim does the exact opposite. When the professor accidently leaves his hotel room open, Tim sneaks in to see the cool inventions hidden inside. He comes across this strange box with a helmet attached. Before he realizes what he is doing, Tim has the helmet on his head and thinking about his favorite animal, the finger monkey. A couple of strange noises and shaking later, the strange box spits out a living, talking, finger monkey! Tim is shocked and before he can digest what just happened, the professor enters his hotel room! Caught in the act, Tim is more than remorseful and embarrassed, but thankfully the professor is nothing but impressed! Tim is the first person to successfully produce an object from the Thought-Directed Atomic Construction Device, later renamed The Imagination Box.

Tim and Professor Eisenstone begin working together with The Imagination Box to see how it can become more powerful. Just when life is looking brighter for Tim, a tragedy occurs. Professor Eisenstone has been kidnapped! Tim must find the professor before he is hurt and trusts his two new friends Phil, the finger monkey, and Dee, the professor’s granddaughter, to help him along the way. Tim is faced with many challenges and learns the importance of trust and friendship.