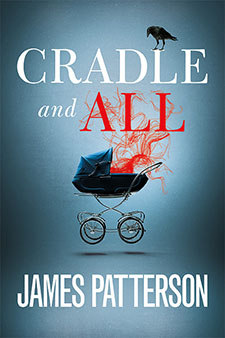 By: Donna
In: Mystery & Suspense (YA), Young Adult Book Reviews

In this rational, scientific age, can people still take the leaps of faith necessary to believe in miracles?  This is the question explored by James Patterson in his mystery-thriller Cradle and All in a fashion similar to that pursued by Dan Brown in books like The Da Vinci Code and Angels and Demons. 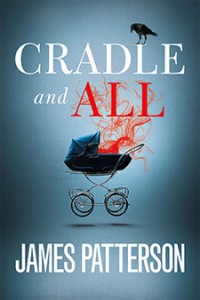 During a second coming of the dreaded disease polio, thought eradicated by Dr. Salk’s and the Sabin vaccine, people—mostly children—are dying or surviving with deformed limbs and crippled spines.  This unusual pandemic seems connected to the lives of two girls.  Kathleen Beavier, a seventeen-year-old with a model’s beauty and a Catholic girl’s innocence, lives a privileged life in New Port, Rhode Island.  An ocean away, Colleen Galaher is sixteen, a quiet and well-manned scholarship student at Holy Trinity in Maam Cross, Ireland.  The two girls both claim to be virgins and pregnant.  With all of the ingredients of mystery, controversy, religion, and sex, the story has people in a frenzy and asking: What do the outbreaks of sickness, famine, and current world chaos, have to do with a virgin birth?  Is this a hoax? Are these girls frauds, freaks, attention-seekers, or for real?

Representatives of the Catholic Church are called in to investigate, confirming the rare and unlikely event.  The investigators: Father Justin O’Carroll, Father Nicholas Rosetti, and Anne Fitzgerald, a girl who at fourteen had escaped to a nunnery but later became a lay person, get caught up in the strange and mysterious workings of the church.    In a prophecy, which dates back to October 14, 1917 and the Miracle at Fátima, it seems that two virgins, born thousands of miles apart will each bear children: one the Son of God and the other the Son of Satan.

Caught in the insanity that their lives become, both girls seem perfect candidates for an immaculate conception, so what sign will reveal the truth about the blessed event, and what sacrifices will have to be made as the forces of good and evil gather?

Patterson’s book moves at a rapid pace, with the reader trying to follow logically events that often seem insane or implausible.  The book will arrive this fall, a year in advance of the 100th anniversary of the the Miracle at Fátima.