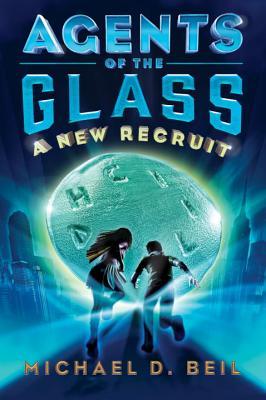 Agents of the Glass: A New Recruit 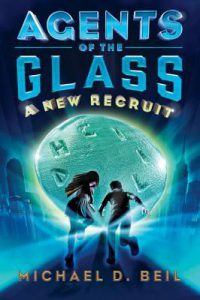 If you’re reading this review of Agents of the Glass: A New Recruit by Michael D. Beil, it’s because the Agents of the Glass have gone “to quite a bit of trouble to make certain that it ended up in your hands at this very moment” (1). It’s something they needed you to receive, because you can play an important role in helping their cause. The Agents are a secret, centuries old society dedicated to protecting the good in the world from the Syngians, a group who wants just the opposite. Currently, the Syngians are trying to manipulate the world through their broadcasting company, NTRP. Just when the Agents feel that they may be losing momentum in the fight against evil, they find Andy.

After an explosion at the bank, Andy comes into possession of over two hundred thousand dollars. Instead of keeping it a secret, Andy turns it in, wanting nothing in return. “I don’t want my picture in the paper or on the news. I just want to give back the money and not make a big deal out of it” (14). One of the Agents, Silas, hears about Andy and decides to recruit him to help with an assignment. There is suspicion concerning a girl his age, Winter, and Andy is tasked with befriending her to discover what kind of trouble she’s involved in. Andy is hesitant at first, claiming that he’s nothing more than a boy trying to do his best. Silas sees this as a sign of his potential, as do the rest of the Agents, and soon enough, Andy is trained and ready.

As he begins to see the other side of Winter, he also starts to notice that NTRP is not as he used to see it. He learns from Silas what the company’s true beliefs are, that people “are naturally selfish and the only way humans can survive…is if they return to their true natures and rid themselves of foolish, outdated ideas like compassion and charity” (177). Observing Winter, Andy discovers that NTRP is moving forward with a plan that could just ruin everything good in humanity. What Andy doesn’t know, though, is that while he’s been spying on Winter for the Agents, she has been spying on him for NTRP. With both organizations racing to defeat the other, Andy can only wonder if he has what it takes.

Here’s where you come in. This review’s purpose is to introduce you to Andy and the Agents of the Glass, inviting you into their world of good versus evil. They have important information for you about your potential to save humanity, but it’s your decision whether or not you want to find the book and hear what they have to say. From here on out, “it’s up to you” (1).