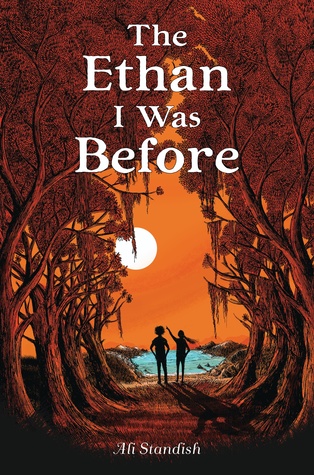 The Ethan I Was Before 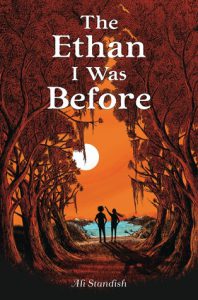 “Sometimes we hold on to guilt or grief because it’s the last thing we have that ties us to the person we miss” (329). Ethan Truitt’s been holding onto his grief and guilt every moment since he’s lost his best friend, Kacey. He feels responsible for what happened to her and his frustrations fill him with the urge to run, to find Kacey and feel whole again. After his third attempt at running, where his older brother Roddie catches him, Ethan’s parents decide to move the family from their home in Boston to Palm Knot, Georgia.

The family moves in with Grandpa Ike, who is living with his own grief over the loss of his wife years ago. He’s not exactly welcoming to Ethan and his family, but Ethan doesn’t mind. His parents encourage him to settle into his new life, but even the new surroundings can’t ease the constant ache he feels. Ali Standish does a magnificent job of describing grief in The Ethan I Was Before without sugarcoating anything. “A dull ache stretches out in my chest. I get that feeling sometimes when I see something really beautiful… It’s almost funny, that everything that would make a normal person happy is what makes me feel the most sad” (77). Ethan’s response to loss is painful, but it makes his growth so much more impactful.

Ethan struggles to find a place in Palm Knot until he meets Coralee, a small but fierce girl who takes him under her wing. Hesitant to let her in because of the pain he’s faced before, Ethan takes his therapist’s words to heart and gradually starts fresh. “The Ethan you were before may be gone, but now you have the chance to get to know the new Ethan” (54). Ethan puts his fears aside and begins to open up to Coralee, seeing that their new friendship is bringing happiness and adventure back into his life.

Coralee has her own secrets, though, and they’re quickly catching up with her. As she and Ethan begin to investigate an abandoned house, their pasts come back to haunt them. A woman seems to be following Coralee, and just when their friendship is at its strongest, a revelation about Kacey’s fate brings Ethan’s guilt and grief into focus. With a hurricane approaching, Ethan is faced with accepting the person he has become, even if that means letting go of Kacey.

The Ethan I Was Before is an emotional story of friendship and loss. Through a realistic portrayal of mourning, and how new friends can change your outlook on life, Ali Standish succeeds in showing that even though we don’t know “what so many small decisions are going to add up to,” life’s ups and downs are what make it such an adventure.