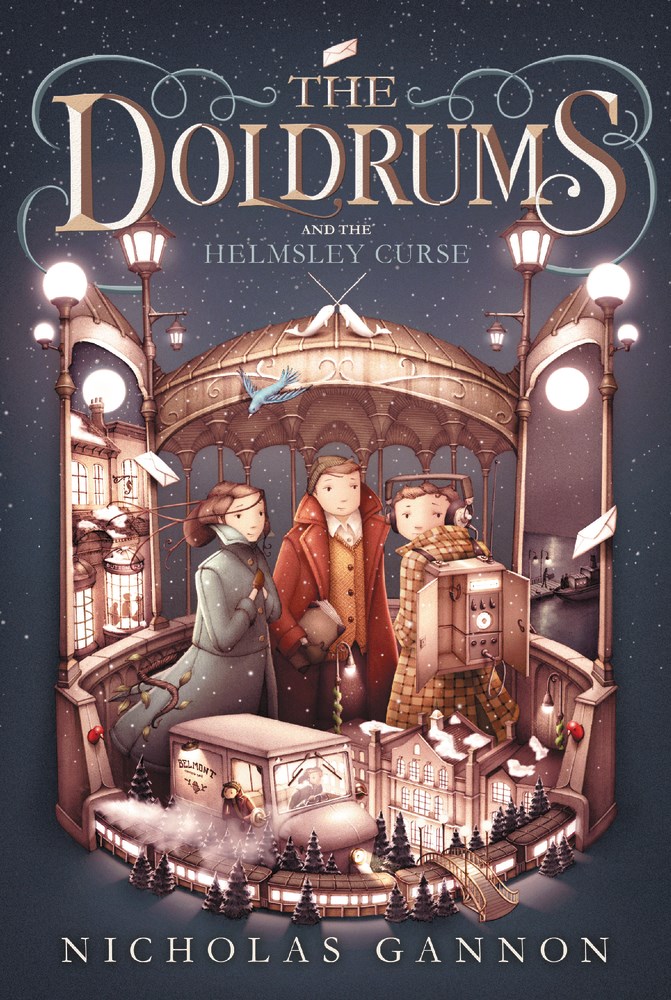 The Doldroms and the Helmsley Curse

In a style similar to that of Lemony Snicket and Roald Dahl, Nicholas Gannon writes The Doldrums and the Helmsley Curse, a stand-alo 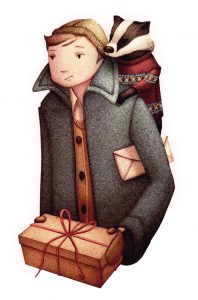 ne sequel to The Doldrums, and adds illustrations similar to those drawn by Brian Selznick in The Invention of Hugo Cabret.  This combination of ingredients makes Gannon’s book a reading treat for middle grade readers.

The story’s protagonist, Archer Helmsley is a troubled child who talks to taxidermied animals and sets tigers lose in museums.  He has been waiting for twelve years to meet his grandparents, famous explorers and “practically fictional characters” to Archer, who has read their journals and knows their tales of crashed planes, getting lost in jungles, and being stranded on an iceberg.  When these “two giants, [step] off the page and into the Helmsley House kitchen” (47), not everyone is as happy to see them.  Archer’s mother, Helena Helmsley is mortified about the prospect that Ralph and Rachel might influence her son, and Society members are rumoring about the Helmsley’s mental state and infecting the entire town of Rosewood with the notion that the two explorers are not just crazy but cursed.

The Society, an organization of explorers and naturalists headquartered in Barrow’s Bay, is not only “a place where greatness stands shoulder to shoulder with courage and daring” (77) but a place where Herbert P. Birthwhistle is plotting and scheming to get Archer’s grandparents ostracized from the Society.

Although explorers always embellish their adventures, Archer knows that his grandparents are innocent of the charges brought against them.  To uncover the truth, he secures the help of his friends, Adélaïde Belmont and Oliver Glub, but Archer ends up jeopardizing their safety.  As the plot thickens and the danger increases, the trio is joined by their new neighbor, Kana, and by Birthwhistle’s son Benjamin, a Greenhorn with a passion for botany, who is also Archer’s companion and roommate from Raven Wood, a boarding school in the city.  While Archer seeks to exonerate his grandparents’ reputation, Benjamin is working to prove Archer wrong about his dad.  What they discover may surprise readers, who ultimately learn that truth doesn’t stop being true because you believe something different.