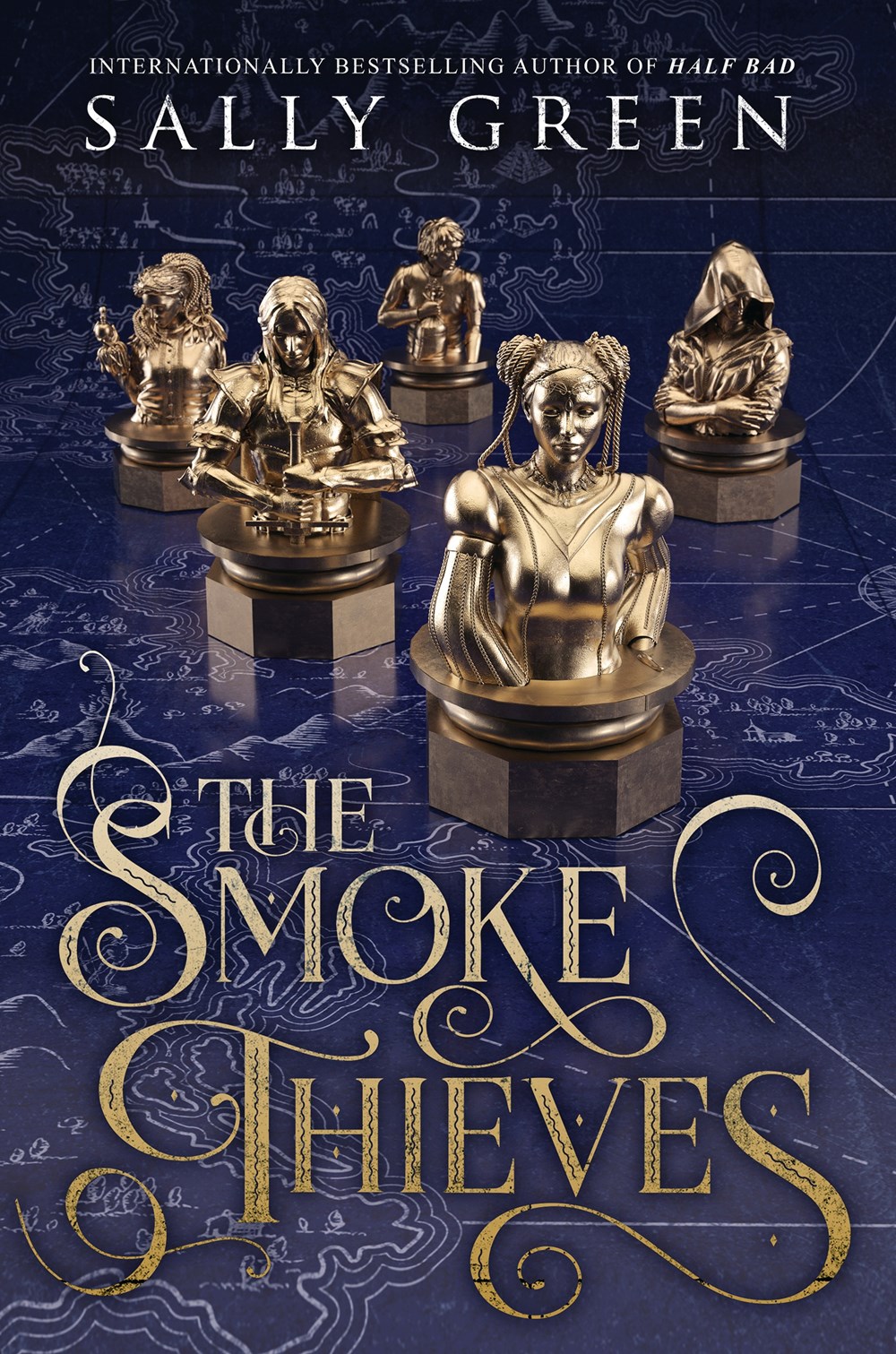 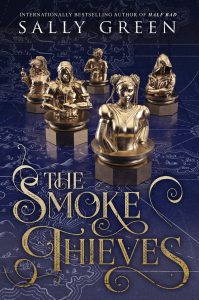 Readers of epic medieval fantasies and fans of the Game of Thrones will likely revel in The Smoke Thieves, the inaugural book in a new trilogy by Sally Green whose signature style features vivid action and unflinching violence.  Her characters are also well-drawn, with each chapter being designated to an individual character’s life and perspectives.  As the web of fate would have it, their five lives intersect, despite the differences in their statuses.

In the novel’s imagined world with its unique geography, customs, and languages, no one is safe from exploitation or execution.  Green seems acutely aware that people in positions of political power don’t want their secrets discovered or disclosed.

When the reader meets thirteen-year-old Tash, she is running for her life.  She has been demon bait since Gravell bought her from her family in Illast.  She and Gravell kill rare and dangerous demons and sell the beautifully colored smoke they harvest from the dying creatures.  The reader is left to imagine whether this smoke with its magical properties is blood or breath or essence of life.  Despite the dangers of the hunt, life is good for Tash—as long as she keeps running fast and as long as Gravell prevails in his patience and with his instinctive ability to find the places where the demons live, places like the cold and unforgiving terrain of the Northern Plateau where humans don’t go.

Sixteen-year-old Catherine lives in a world of men, color, and noise.  When the reader meets the royal princess, a woman of wit, spirit, and intelligence, she is at the scaffolds with her brother Boris about to witness the execution of Lady Ann and to learn a lesson about loyalty, one not learnable from a book.  But before her death, Lady Ann—whose tongue has been removed and her lips sewn shut—signs to Catherine in a movement so smooth and disguised it would have been indiscernible to someone less perceptive or inexperienced in reading sign language.  Puzzled by the strangeness of the message, Catherine wonders whether she imagined the signs.  Still, she is determined to decode the message and to discover the knowledge for which Lady Ann had to die.

While it is unconventional for a princess to attend an execution, her war-mongering and demented father, King Aloysius of Brigant wants his daughter to know the consequences for disobedience and defiance.  He has arranged for his daughter to marry Prince Tzsayn of Pitoria, a man whom Catherine has never met.  She knows nothing of Prince Tzsayn’s interests and has never held a conversation with him.  Catherine would prefer to marry someone intelligent, thoughtful, and considerate—someone like Ambrose Norwend, brother to Lady Ann and a member of Catherine’s Royal Guard who has sworn to protect Catherine.  However, disagreeing with the King’s plans or expressing an opinion that counters that of the King is an unacceptable act of treason, something that neither Aloysius nor Boris will tolerate.

Green includes two other major players in this drama. March is Abask by birth and a sixteen-year-old servant to Thelonius, who is Prince of Calidor and the younger brother of King Aloysius. Seeking revenge on the royal family for killing his family in a previous war, March despises betrayal.  Although unaware of his royal parentage, Edyon Foss is Thelonius’ bastard son living with his mother, a travelling trader in Pitoria.  As they travel from town to town, Edyon steals to relieve his boredom.  These two young men are joined by a support cast of characters as Green’s mysterious but fast-paced plot unfolds.

Along the way, the reader learns the value of the freedom to decide for oneself and the importance of compassion and justice.  We further learn that to steal a life has grave consequences and that it is “every intelligent person’s nature to argue with something that is wrong” (67).  As a talented trilogy author, Green leaves her readers somewhat crestfallen at the book’s conclusion, craving the next installment of Catherine’s quest to stabilize a world reeling from corruption.