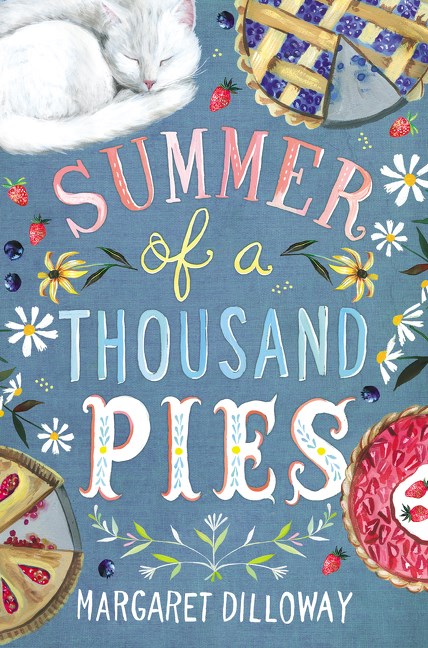 Summer of a Thousand Pies 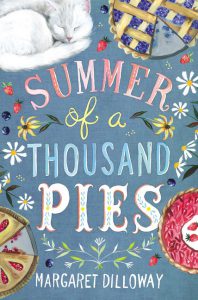 In 2008, Malcolm Gladwell published his New York Times bestseller, Outliers.  Based largely on the research of Anders Ericsson, Gladwell frequently refers to the 10,000-hour rule, citing it as the magic number that contributes to developing greatness.  Since the writing of that book, Gladwell has fallen under criticism for failing to adequately distinguish between the quantity of hours spent practicing, and the quality of that practice. The takeaway here is that practice may be important, but it’s not the whole story.  In authoring a personal story of success, a person needs to employ very specific, deliberate methods of practice.

All of these details flooded back to me when I picked up Summer of a Thousand Pies by Margaret Dilloway, expecting that the book might allude to this phenomenon of hours of practice as it connects to growing greatness.  After all, Dilloway lives in San Diego, where Assistant Professor of Cognitive Science at UC San Diego, Philip Guo works and claimed that it takes roughly 1,000 hours of practice to get good at something.  A much gentler version of the 10,000-hour rule, 1,000 hours of practice over a decade amounts to roughly two hours each week, which is far more sustainable than four hours each day and likely more developmentally appropriate for a young person.

While I have no idea whether Dilloway was inspired by any of this information, her protagonist, a mixed race, twelve-year-old named Cady Bennett, does fall under the premise that practice at making 1,000 pies will develop her baking prowess.

Cady’s mother died seven years ago, and since that time, Cady and her father have gradually slipped into a state of homelessness.  When Cady gets into trouble at school and her father arrives to retrieve his daughter, his body swaying and his words slurring, he blames his condition on medication.  However, the principal can tell he’s lying.  Eventually, Jim Bennett is arrested on charges of child endangerment, and Cady winds up in the custody of her Aunt Michelle Sanchez, whom she barely knows.

Aunt Shell lives in Julian, California, the apple pie capital of San Diego County, where she owns and operates Shell’s Pie.  Here, Cady befriends Jay Morales, a member of a family of undocumented immigrants who also live on the Sanchez place and work for Shell.

Living in the country, surrounded by apple orchards, and exposed to pets and to a close-knit community, Cady gradually develops a sense of belonging and security that is foreign to her.  Although for the first time in forever her nerves stop jangling and Cady begins to hope, she reminds herself that all this may be temporary.  After all, she has learned to live with uncertainty, and out of self-preservation, never expects too much.  Then, Aunt Shell experiences economic instability.  As the pie shop threatens to go under, Cady searches for ways to help save it.

Dilloway’s novel not only presents a coming of age story for Cady—who has lived as a homeless person—but also invites conversation on the topic of undocumented immigrants who are also, in essence, homeless.  The book shares other realities, as well: that life is filled with uncertainty, that necessity is the mother of invention, that everyone’s palette has a different opinion, and that we have to ride out life’s high and lows.  From Mr. Miniver, an older, wiser resident of Julian, Cady learns that when life throws curves, these challenges are best met by living with hope, by enjoying the good times while they’re here, by realizing the bad times won’t last, by opening our minds to alternate perspectives, and by abandoning ignorance, bitterness, and anger.  Giving up on life, blaming, or raging just don’t get us very far.

Besides serving up all of these life lessons, Dilloway’s book also includes some pie recipes.