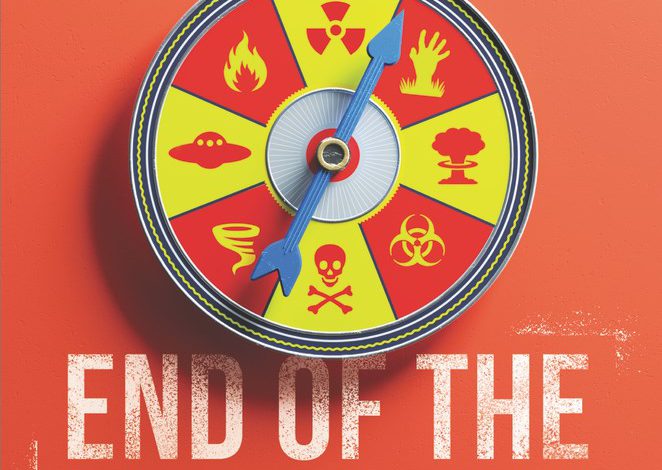 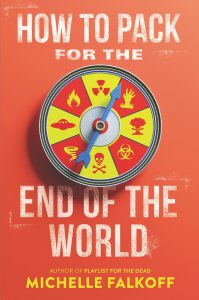 Set in Vermont, the novel How to Pack for the End of the World by Michelle Falkoff revolves around the lives of several students who attend Gardner Academy, a prestigious private school in the city. During a Game Night ice-breaker activity held for first year students, readers encounter various personalities as the group engages in a series of Would You Rather inquiries. Deviating from questions which predominantly carry themes about something gross or sexual, Wyatt Christiansen asks: “If you knew the world was going to end tomorrow, would you rather die along with your friends and family and everyone you’ve ever known, or live among strangers to rebuild civilization?” (10-11).

Because her parents sent her to Gardner to help her resolve her obsession with annihilation, Amina Hareli is a scholarship student whose interest is immediately piqued by that question. Later in the week, when she receives a mysterious invitation to meet for Team Fun, Amina follows the cryptic clues and finds herself in a bunker along with four others: Chloe Burns, Josephine (Jo) Reed, Hunter Fredericks, and Wyatt. These five like-minded teens agree to form a survival club which they call the Eucalyptus Society, deciding membership will be good for their college applications as well as for the camaraderie.

Amina, a girl raised in the Hebrew culture who has a complicated relationship with Judaism but who hasn’t yet developed into a full-blown conspiracy theorist, thinks maybe she has found “her people” in this group of prepper types. Although she respects her Jewish ethnicity and culture, she has noticed that many of the world’s problems are grounded in religion. As she sorts through these disparities, the reader encounters details about Rosh Hashanah, Hillel, Shabbat, and shul practiced by Amina and her family. We also experience celebrations with the foods of Jewish culture: challah, kugel, tsimmes, and “baked apple cakes with honey to ensure a sweet new year for everyone” (62). Along with Amina, we also wonder how someone can hate another’s mere existence or shoot up a synagogue just because it’s a holy place where Jews gather. The anti-Semitism in the world, as well as the hints at democracy as a failed experiment and the nefarious individuals in politics who attempt to destroy social structures, make Falkoff’s book both relevant and current.

Hoping to keep the club focused on friendships and less on freaking out about packing for the end of the world, Chloe—the fashion influencer—suggests: “We all have to survive here before we can think about surviving the apocalypse, so maybe we could strategize that?” (52). Wyatt, a shy and sheltered guy who previously lived in a commune, proposes that they combine their desire for having fun with some survival strategies: “We could describe some of the things we’re afraid of, and then we could make up games to help us learn how to deal with them” (75).

As each of the teens crafts a game, complete with rules and roles to play, they learn various information about one another while also realizing that sometimes the rules of the game of life are rigged against us from the start, and there is nothing we can do about it. It also becomes “clear that while a lot of people [have] it hard, some have it a whole lot harder than others” (182).

Despite her efforts to label everyone, Amina further discovers that regular labels don’t necessarily apply, especially with Jo, who “could be bi or pan or ace or some other thing all her own” (185). Beyond her gender identity, there is more to Jo and her sharpness, sarcasm, and desire to give everyone a nickname, just as there is depth to Hunter Fredericks, an attractive, privileged, and talented soccer athlete.

The games not only bring out key character traits, they also unveil what happens to a person under the influence of competition and highlight how some people manipulate the rules to win. Those who color inside the lines typically lose. Amina’s game hopes to teach Chloe the lesson that there are consequences when she does things that other people consider untenable and that winning doesn’t mean sacrificing morality, goodness, and friendship. And Chloe’s game aims to teach the group about thriving after an apocalypse, not just surviving.

Then, the teens discover that someone knows their deep secrets and is attempting to derail them by deploying those secrets in haunting and hurtful ways—but with what motive and for what intent?

With negativity swirling around the characters, other lessons come in the areas of race and perspective. People of some races are treated differently in the public, at the library, or when shopping. As Wyatt astutely points out, “There is no way to pretend race doesn’t exist in this country” (202).

As the teens navigate the challenges in their social circles, they realize that the adults aren’t going to be of much use, so they have to help themselves. In achieving that end, they further realize the value in forgiveness—what it means, when it’s possible, and when it isn’t—and how that lesson might be more important than planning for the end of the world.  Finally, they understand that employing cooperation and empathy can actually prevent the things they are scared of happening: “We’d be more about acting—protesting, canvassing, volunteering—and less about reacting” (310), Amina reports.