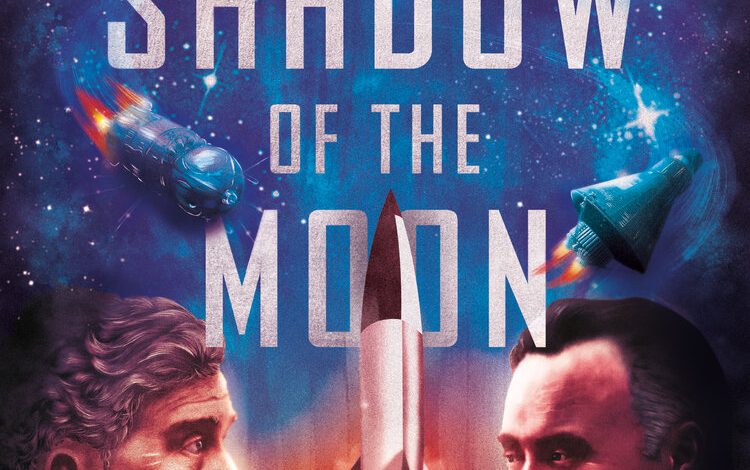 In the Shadow of the Moon by Amy Cherrix 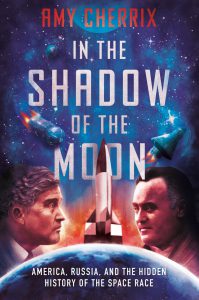 Told in stages, similar to the process that occurs in a rocket launch, Amy Cherrix invites her readers to do some critical thinking as they read her book In the Shadow of the Moon. With this nonfiction account, Cherrix tells the story of America, Russia, and the hidden history of the space race. Some of that history is dark because of the shadowy behavior of certain people.

No doubt, we are all well aware that people keep secrets, governments classify documents to keep the populace in the dark on certain topics, and individuals veil their intentions hoping to get what they want.  We also may turn a blind eye to certain faults and horrors, telling ourselves that the ends justify the means.

However, once we “look behind the curtain,” it is difficult to unsee certain truths—for example, that the great scientist Wernher von Braun was a Nazi and may have been a war criminal for his silence about Mittelwerk. The difficult question is whether we remain silent and become complicit or whether we act on our principles. Readers will have to decide what makes a person a villain and whether good works and world-changing achievements that advance science can absolve a person from complicity in horrific crimes.  We also must consider the consequences of ignoring history, of burying it, or of not retelling it for the benefit of the next generation who might learn from past mistakes and vow to do better.

In the end, we are left asking: Are good intentions or laudable long range objectives enough to erase certain mistakes on a journey to the stars? Exactly what is the connection between morality and technological advancement? Beneficial technologies have always opened up troubling ethical questions, and when relief from pain, from tyranny, from ill health, or from any other debilitation or hardship comes at a cost—even the cost of cherished principles or self-evident truths—we often pay up. I suspect the real challenge lies not in the tools that science gives us but in the attitudes it forms in us and in how we allow it to reshape us.

This book forces us to confront some ugly truths, namely that

In addition to these implications, Cherrix asks some questions directly in her narrative: Should a country be spending billions on space travel and on scientific discovery when poverty-stricken citizens are going hungry at home or some groups are still fighting for civil rights? “Why would a nation invest vast sums of money [on something] that has no practical application in making life better on Earth?” (217). These questions raise justifiable concern about how we prioritize issues, what we consider to be serious problems, and to which we give precedence. Just as money is the real fuel that makes a rocket fly, where we spend our time, energy, and other resources speaks volumes about our values.

The new things we learn in philosophy and ethics and religion do not supersede the old things we have long known. They become part of our knowing.  Knowledge is flowing at us at all times, provided we dismantle any parochial dams. As we learn new things about how we should live, we draw from the past—from history—so that our traditions can evolve and grow. Any effort to erase the past means we weaken our foundation and limit our knowledge.

Because I read this book during a period when so much air time is given over to the “cancel culture” phenomenon, I was especially taken aback by “the vast number of secrets, lies, and hidden scandals” (273) at the heart of the quests of two engineers—van Braun and Sergei Korolev—who dared to dream, who were fascinated by flight, and who wanted to build rockets, not simply tinker with technology. I was further shocked by how much of the story about the space race “was buried for years to protect governments from being held accountable for their actions. Identities were concealed. The contributions of women and people of color who dared to defy race and gender stereotypes went unacknowledged. Files were classified, secret operations undertaken, and . . . lives forfeited in the advancement of rocket technology” (273).

Cherrix’s book is a cautionary tale, reminding us that “scientific advancement comes at a price, and civilizations must weigh every choice against a full knowledge of the past—its accomplishments and its atrocities” (272).