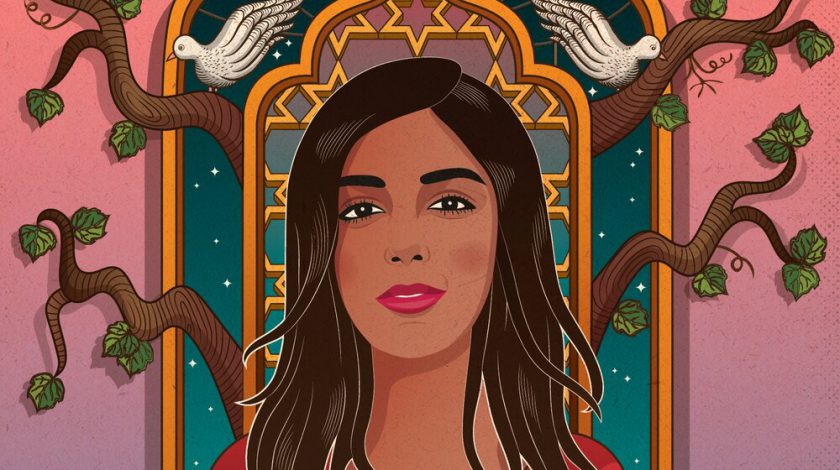 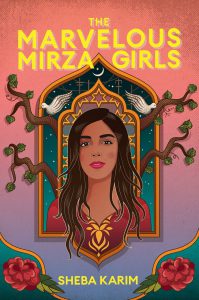 Too overcome by grief to write or even to think about college, Noreen Mirza runs. Running helps her forget since any memory of her Aunt Sonia—who adored Islamic art and architecture—is replaced by the demand for breathing. Running takes her out of her head and provides a respite from the grief. So, when her mother gets offered an assignment in Delhi, India, the two Mirza girls pack up and escape. Noreen justifies this gap year as a tribute to her beloved Sonia Khala who never got to make the trip she always talked about and who would be excited if she knew where Noreen was going,

With her novel, The Marvelous Mirza Girls, Sheba Karim takes readers on a travel tour. In Delhi, where people are breathing themselves to death, Noreen is surprised by the dire air quality index and the directness with which people asked questions—about everything from the zit on her chin to the regularity of “her motions.”

She also meets Kabir Chaudhury, who is dealing with his own complicated issues with his parents—a painter mother and an author father. Kabir, who exemplifies empathetic, kind concern, becomes Noreen’s tour guide to places like Hazrat Nizamuddin’s Tomb or Begumpur Masjid—the main mosque of Jahanpanah—and to cultural festivals like Holi. Kabir adds details to what little Noreen knows about jinn and fills in other gaps about Partition. With time, their relationship blossoms.

If readers are to take the details shared by Karim as an accurate description of Delhi, begging is commonplace. Noreen’s mother explains that begging in India is largely run by organized crime, that the beggars are required to turn over their earnings to a gang leader who gives them barely enough on which to subsist.  “The pull-yourself-up-by-your-bootstraps story [may be] a nice narrative, but the truth is that the course of most people’s lives, all over the world, is determined by the circumstances into which they are born” (122).

To these details, Karim adds a plot thread about the Me Too Movement—not only with the leering and harassment that Noreen receives, making her wish she were less curvy, less female, and less visible, but when Kabir’s dad is accused. Readers will have to determine their own stance, but one shared op-ed suggests that privileged female actors and journalists whine about misogynistic microaggressions when they should “instead [be using] their privilege and platform to shed light upon the brutal physical violence inflicted upon poor and low-caste women who have no voice” (268).

An added benefit of Karim’s novel is its sharing of life lessons. Noreen tells Kabir that all any of us can do is put our hearts into our goals and give our best to achieving them. Another moral suggests that nothing important in life comes with a guarantee, so we “remember the past, look to the future, but live in the moment” (367). After all, “the only thing [we] can predict about the future is that almost nothing happens the way [we] expect” (369).

While she is in Delhi, Noreen realizes that aside from love, writing and making people laugh are the things that light the lamp of her heart. She tells readers: “If you can laugh about something, then it can’t totally destroy you,” (340). In Delhi, Noreen learns to laugh, love, and live again.

Readers will also likely agree with Noreen’s assessment that love is scary because of its potential to hurt deeply. “When someone you love dies, it shifts your perspective; not only can the people you love hurt you, they can also die on you.  But I tell myself I can’t let this fear stop me because if you don’t love others, if you don’t let love in, if you keep your heart dark, you might as well be dead” (367-368).

Besides all of these benefits of The Marvelous Mirza Girls, readers are liable to appreciate the artistry with which Karim paints her relatable and relevant characters.

2021-05-21
Previous Post: The House That Wasn’t There by Elena K. Arnold
Next Post: Remedy by Eireann Corrigan