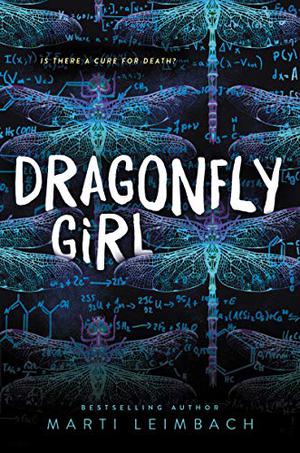 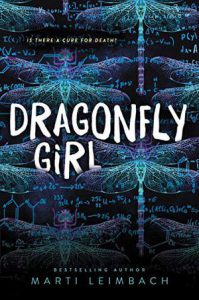 Dragonfly Girl by Marti Leimbach is a fast-paced thriller.  Although the plot is somewhat disjointed and ends rather abruptly, Leimbach’s novel kept me intrigued with its science fiction elements, espionage-like features, and shady criminal types. I’m guessing a sequel will follow.

Set in California, Sweden, and Russia, the novel features seventeen-year-old Kira Adams whose mother is sick and requires constant medical care that draws down the household’s monetary resources. Given that Kira’s preternaturally gifted father turned to alcohol to cope in a world that didn’t understand him and eventually “catches a stray bullet,” Cyril Adams is not in the picture. Therefore, Kira enters science contests to earn money, not only to cover the bills but to pay back the loan sharks who send gangster types like Biba to collect.

At school, Kira is invisible until she does something laughable. Her peers call her a cyborg since she is proficient in math and science, the only language with which she feels comfort and confidence.  Although capable of reading data and performing calculations with relative speed and accuracy, Kira struggles with her other classes, putting her at risk of failing high school. Kira’s best friend, Lauren—who attends a private school but doesn’t flaunt her wealth—has a supermodel figure and is a science geek like Kira. Driven by her great loves are zoology and botany, Lauren travels across mountain ranges and along the coastline in pursuit of wildlife and will sit for hours waiting for the right shot of a rare bird.

When Kira wins a science prize for her research on the predation habits of dragonflies, she is both elated and afraid that an intentional omission may disqualify her from the contest. The contest win comes with a trip to Sweden, where she joins fellow scientists who have earned doctoral degrees—although she has not.  One of her adversaries in her efforts to keep that criterion a secret is another winner, the vain and spoiled Will Drummond. But Kira is used to dealing with bullies. Through a series of interesting events in which Kira ends up working for Dr. Gregory Munn but under Drummond in a lab at Mellin, she learns of Will’s practical and determined sides, as well as his ability to be thoughtful and compassionate.

Munn describes the dilemmas scientists face in today’s world: “Funding comes with strings attached. And those with the money and power push us to apply our findings too early. We must be cautious with what we do, who we work for, and how we apply our talent and skills.  Science for profit is a growing worry, and not every business or government is as scrupulous about ethical issues as we would have them be” (31).

In the innovation ecosystem at Mellin, Kira befriends April, who cares for the lab’s rats, and forms a relationship with Dmitry, who has dedicated his life to solutions that neutralize biological weapons. Motivated by the murders of his sister and father by nerve gas, Dmitry hopes to develop antidotes, detection systems, and diagnostic tools that will save future victims.

While April is away and has put Kira in charge of the rat’s care, Cornelius endures a heart attack. Desperate to save the rat, she attempts to revive him. When her efforts prove futile, Kira attempts a procedure that Dmitry has mapped out, a theory for bringing back dead neurons. With modifications and ideas of her own, Kira is able to bring Cornelius back from the dead.

Although Munn swears the lab to secrecy, saying such a procedure has potential to cause chaos, this lucrative discovery leads to Kira’s abduction.

Amidst the mysteries presented by Leimbach’s novel, several science-themed truths surface. Some of my favorites include that in science everyone is a student and that “science is about finding better ways of being wrong” (125). Leimbach also uses an Albert Einstein quote to open Part Two: “If we knew what we were doing, it would not be called research, would it?”

Kira further describes the work of laboratory scientists by saying, “We imagine answers to problems not yet posed. We think big and loudly and fearlessly” (142).  Later, she defines geniuses as those who “bring into focus what the rest of us fail to see” (230).

2021-06-02
Previous Post: Where the Rhythm Takes You by Sarah Dass
Next Post: An Emotion of Great Delight by Tahereh Mafi