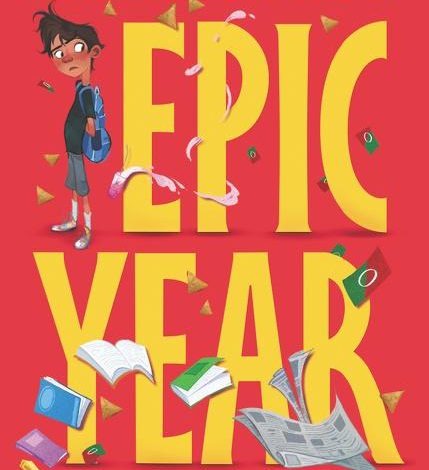 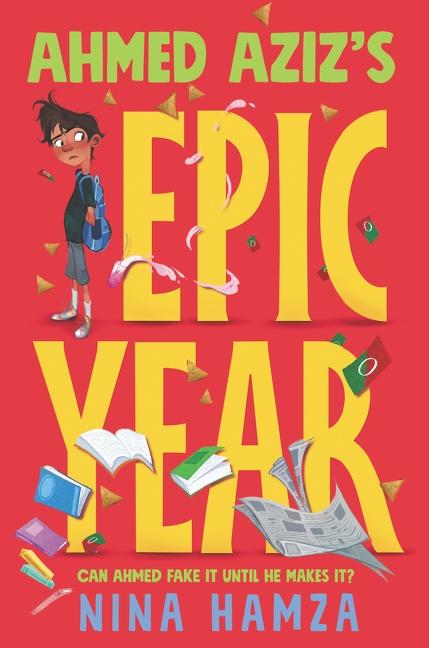 Ahmed’s father needs a liver transplant, a medical situation that precipitates the need to move from Hawaii to Minnesota. Initially, Ahmed’s dominant emotion is anger. That shifts to confusion for the twelve year old skinny brown boy with curly hair. As a Muslim of Indian descent, Ahmed struggles to find his place in Minnesota.  Although Farthing is his father’s home town, Bilal fled from Minnesota after losing his brother Mohammed to the same rare genotype of hepatitis C that he is currently confronting.

Uprooted and absent from all that is familiar, Ahmed finds himself in a class of overachievers at Cedar Valle Middle School. Deciding that “maybe the only way to blend in would be to do the work” (56), Ahmed—whose favorite amount of work to do in class is the very least—makes the sacrifice for the sake of survival.

Ahmed’s life is further complicated by Jack, the bully. Still, Ahmed has Ari, Jessica, and Carl as friends. Even his teacher, Mrs. Gaarder is his ally. But as much as everyone wants him to grow from all of these new experiences, Ahmed is not the metamorphosis type: “An overachieving girl, a boy so polite [he] hates to disappoint him, and fear of physical harm from a bully are not enough to change [him] into a butterfly” (117). Rather, he’s looking for answers without knowing the questions.

Although Ahmed claims to not like reading, he does like words. He is partial to how “one perfect word can replace a whole sentence. Efficient” (10). In this way, he describes events for the reader, reducing a personal situation or experience to a single word: seething, camaraderie, unceremoniously, surreal, and untethered. Even though Bill Gates, Steve Jobs, and Elon Musk had made being nerd sort of cool, Ahmed realizes that same aura doesn’t apply in middle school.

Ultimately, Hamza’s novel imparts deeper points about courage, perspective, and how literature reflects life for those willing to do the work of ferreting out that message. Along with Ahmed, the reader learns that “scary stuff will happen to everyone, but how [we] take what [we’re] feeling and make something good out of it is what matters” (242).

Through an analogy with pixel art, we also come to understand the power of perspective. When we’re too close to something, it often doesn’t make sense, or we fail to see what we’re supposed to. However, when we step far enough away, the picture comes into focus. Under the influence of these lessons, Ahmed navigates his challenges, learning to cope with his dad’s illness, his uncle’s death, the move to Minnesota, and life’s bullies. Eventually Ahmed realizes that he is happiest when he is simply being his multi-faceted self.

2021-07-24
Previous Post: You and Me at the End of the World by Brianna Bourne
Next Post: The Girl from the Sea by Molly Knox Ostertag