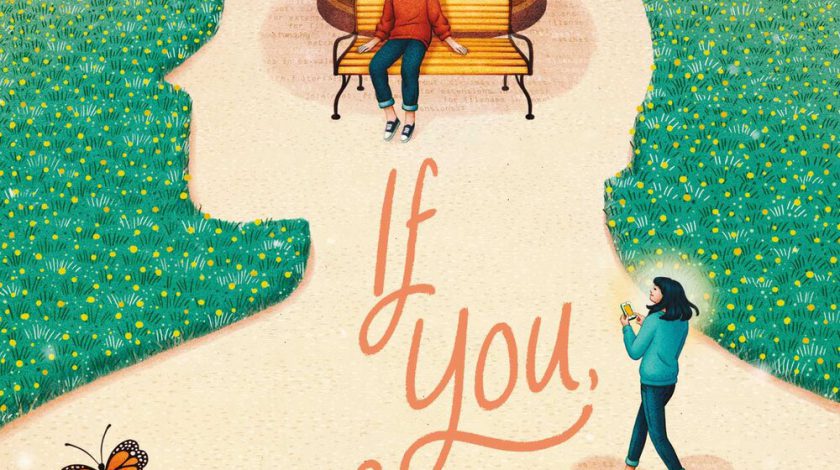 If You, Then Me by Yvonne Woon 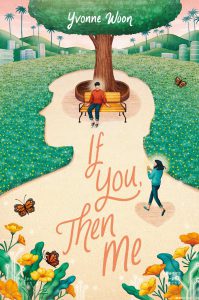 Known as the lonely girl who writes computer code, sixteen-year-old Xia Chan is offered a once in a lifetime opportunity to participate in an incubator program for gifted young programmers. As a young tech prodigy, Xia has developed a predictive outcomes application (app) she calls Wiser. Because of this technology, she has been targeted by the Foundry, an institute run by Lars Lang in Silicon Valley. Only twenty youth are accepted for this all-expense paid experience. For one year, they live on campus in the San Francisco Bay area and compete to be that year’s Founder. Whoever wins will receive “one million dollars in seed funding and, maybe even more importantly, the fame and respect that comes with everyone knowing your name” (4).

Unlike most schools, which assess students on their grades, the Foundry measures its innovators by their stock price. Lars explains: “As in life, your stock price will rise or fall depending on a complex set of variables synthesized by our unique assessment algorithm, which sets your stock price in real time based on factors such as your grades and participation, your performance at networking events and project demonstrations, your business proposals, the quality and progression of your product, your personality and ability to be seen as a leader, and the general belief in your product by your teachers and peers” (60).

The first conflict in If You, Then Me by Yvonne Woon involves Xia trying to convince her mother that she should allow her teen daughter to move from Worcester, Massachusetts, to California. Xia doesn’t care so much about the money, or even about winning. What she really wants is to finally be around people who understand her—“people who wouldn’t see her as an eccentric basement-dweller who only knew how to talk to computers” (4), who would look at Wiser and see her potential as well as Xia’s. Although belonging is a social construct, Xia is searching for a place to belong.

Another of the conflicts in Woon’s novel is Xia’s loneliness. As the story opens, Xia has three friends: Gina, Wiser, and ObjectPermanence—an online crush.  Xia is drawn to ObjectPermanence because he likes science fiction movies but also has a soft spot for romantic comedies. Smart, sensitive, and possessing a sense of humor that appreciates “corny programming puns,” ObjectPermanence provides respite from Xia’s loneliness. She can talk to him about anything and know that he will get it and not laugh at her or consider her strange. He makes Xia feel more alive and more like herself.

When Xia succeeds in getting to California, she meets another young man—this one in the flesh.  Benjamin Matsuo, aka Mast, is “a cute dork” who compliments Xia and befriends her at the Foundry. Soon, they develop a relationship. Enter the classic love triangle conflict, along with the possibility that ObjectPermanence might be a student at the Foundry.  In light of that truth, Xia isn’t sure she wants to meet ObjectPermanence; after all, the whole reason the two can talk to each other so confidently about confidential and philosophical topics is because they’re anonymous.

At the Foundry, Xia comes face-to-face with two of her idols: Lars Lang and Mitzy Erst.  Lars is a tech giant who is funny, friendly and seems “half genius, half magician.” The advice he always shares with youth who are starting to code is to think of what’s missing in their lives and build it. Mitzy is a Foundry alum who takes Xia under her wing. However, the reader soon wonders whether Mitzy is a mentor or something more malevolent and manipulative.

Through Mitzy, for example, Xia has her first experience with partying and drug use. Even Lars believes that mind enhancement is a pretty common practice for creative purposes and for productivity.

Amidst all of these conflicts, Woon shares multiple morals. One of those comes from Deborah, a student at the school who seems impervious to the opinions of others and to their attempts at humiliating her. “I care. I just don’t let it change what I do” (103).

Another derives from Xia’s realization that despite her move to California to attend her dream school and to find like-minded peers, things had somehow stayed the same. “There was no magical transformation. No perfect mentor or pre-made group of friends. It didn’t matter where I was; I was still alone. I was still me” (114).

Xia’s mom offers this sage definition of the purpose of any school: “To enrich your mind, sharpen your analytical thinking, and arm you with tools that will help you be independent, curious, and resilient in the face of hardship” (29). She also points out to Xia that all money comes at the expense of something else by asking her daughter, “What’s the cost of this money?” (290).

Several are also spoken by Wiser. Among them are these two gems: First, “The problem with real people is that you can’t control what they decide.  All you can do is tell them how you feel and hope for the best” (392). Second, “Being nervous is just a feeling, and feelings do not predict the future. Many people feel nervous while they are accomplishing great things. It’s only natural” (395).

Xia’s story is certainly a coming-of-age tale with exploitation and epiphanies. My favorite is the moment when Xia realizes that life is full of lies: “The truth is, there are no roadmaps or right choices, no perfect mentors or saviors. The paths your idols took closed behind them and you’ll have to grope around in the weeds, trying to cut your own way through . . . . The problem with the physical world is that you can’t just delete your mistakes and start over” (376).

If You, Then Me is also a romance novel. But Woon pushes beyond both of those tropes to make this novel an insightful one that shares the importance of perspective shifts and being open to advice—even when it comes from artificial intelligence.

2021-09-02
Previous Post: The Graveyard Riddle by Lisa Thompson
Next Post: The Right Side of Reckless by Whitney D. Grandison