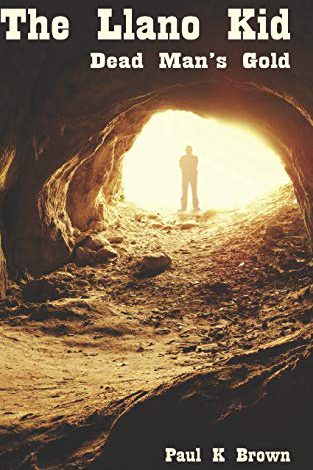 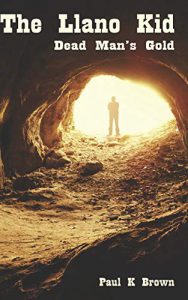 As The Llano Kid is making his way to California in Dead Man’s Gold by Paul K. Brown, the half-Cherokee, half-Irishman happens upon Jake Peters, who has been shot and left for dead in the Arizona desert. After making a promise to the dying man, Llano takes up temporary residence in Prescott with the intention of freeing Jake’s daughter, Melissa, from bondage because of her father’s debt.

Because Llano imagines an awful existence for a young frontier girl who has been taken as collateral on an unpaid bank note, his moral compass won’t let him ride on. “Folks in these parts, they was downright brutal and unrelenting when it came to paying off debts. And without a husband to support her in a small mining town, she was doomed!” (29).

While collecting information and performing reconnaissance, Llano grows suspicious of Ashland Baxter and his power and influence In Prescott. Llano even questions the integrity of the local lawman, Sheriff Hobbs. Llano is happy for once about the “stories circulating about how the Kid had disarmed some of the most dangerous gunmen in Texas, earning him a nickname Lucky Llano—a handle that never quite stuck after many folks equated his gun-slick talents with those attributed to an outlaw” (82). Llano is able to rely on the “outlaw” image as an effective deterrent among ambitious gunslingers who wished to enhance their reputations. After all, lawlessness was quite common in frontier times, and conniving men were not in short supply.

Whether Llano can keep his promise to Jake and free Melissa before either falls prey to unscrupulous men keeps the reader engaged until the novel’s conclusion.

2022-02-08
Previous Post: Here’s to Us by Becky Albertalli and Adam Silvera
Next Post: A Rebel in Auschwitz by Jack Fairweather