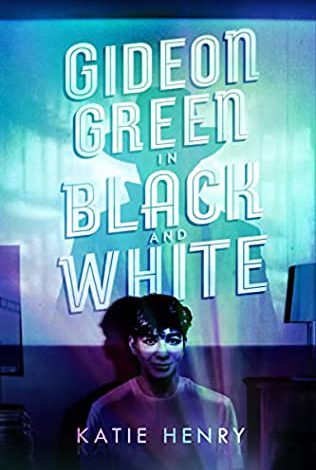 Gideon Green in Black and White by Katie Henry 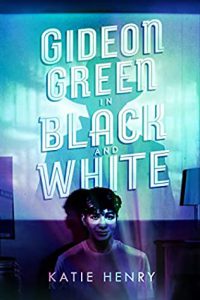 With multiple allusions to film noir and with some genre blending, Katie Henry writes a humorous story—Gideon Green in Black and White—about Gideon’s serious approach to being a detective and solving mysteries. Dressing the part, sixteen-year-old Gideon wears a trench coat and a fedora and lives his life in the shadows. Using his difference to put distance between himself and others, Gideon makes his life mission one of truth-telling: “That’s a detective’s job. Telling the world what’s real, even if people don’t want to hear it” (12). For him, life is black and white and facts are facts.

However, as time goes on, Gideon realizes that his life is not a noir and that binary thinking can be its own downfall since something can be true but also unkind and better left unsaid. With the help of both Tess Espinoza and Lily Krupitsky-Sharma, he discovers that nothing about life is black or white, right or wrong, good or bad, win or lose. Lived in the gray areas, life—with all its complexity and frustration—is meant to be both. Just as the truth is important, so is kindness; without kindness, honesty can look like cruelty.

Gideon also discovers that even though distance and living in the shadows keeps him safe—“invisible, obscured, and unknowable”—it means he’s hidden and alone. Distance might keep people from hurting us, but it also alienates us.

In addition to telling a good story, Henry invites her readers to be critical thinkers, at times encouraging them to disrupt the status quo in the interest of setting the record straight. One of the important questions she asks is “How does normal get decided anyway? Is there a convention? Do they take a parliamentary vote in an all-beige conference room?” (73).

She also encourages readers to consider how people in the background matter. It’s not just those who steal the spotlight or engage in the action. Furthermore, rather than assuming something is true, we need to consider not only our biases but Occam’s razor. Not intended to be a substitute for critical thinking, this philosophical principle is merely a tool to help make thinking more efficient.  In a situation where two theories compete, the principle gives precedence to simplicity. In other words, the explanation that requires the fewest assumptions is usually correct. Another way of saying it is that the more assumptions you have to make, the more unlikely an explanation.

In that critical thinking process, we have to set aside our biases and our preconceptions. As Officer Garcia tells Gideon, in solving a problem, we often need to forget what we know. We have to be willing to let go of the things we assume are true in order to determine the actual truth. “You had to figure out what your assumptions were and then consider a world in which you were wrong” (287). We need to explore from multiple vantage points and analyze a situation with an open mind.

Perhaps one of the most valuable morals comes in Henry’s discussion about angles of perspective and how we create stories. Sometimes we don’t write someone like a whole person because that’s not the story we want to tell. We sacrifice their humanity and the truth for an inspirational piece or to serve some other purpose.

Tess tells Gideon: “Stories matter. The way we tell them matters, and so does who tells the story in the first place” (96). After hearing about Tess’ experiences and motivations for joining the newspaper staff, Gideon realizes the importance not only of attempting to tell the truest stories he can but of the value of perspective. After all, perspective tells us how to see things. “The way a shot is framed, the way a story is told, it all does the same thing. It gives you perspective. But only one. And the world has more angles than the one presented to you” (97). In order to understand the whole story, a person has to know the whole truth, no matter how messy—or even impossible—that might be.

However, it’s difficult to step outside our view of normal. Like standing at the edge of a chasm, we don’t always know how to cross the divide that separates someone else’s reality from our own. Eventually, Gideon learns to consider the possibilities, even if they scare him. After all, “detectives don’t get to be right without being a little wrong first” (137), and “people can be mysteries too. Confusing, complicated, just these tangles of feelings and motivations and choices, and not a single one makes any sense” (287).

From Gideon, we all learn that people are products not only of their traits, their experiences, and their backstories but of their choices. We may not always be able to choose who we are, but we can change how we treat people, even those who don’t understand us.