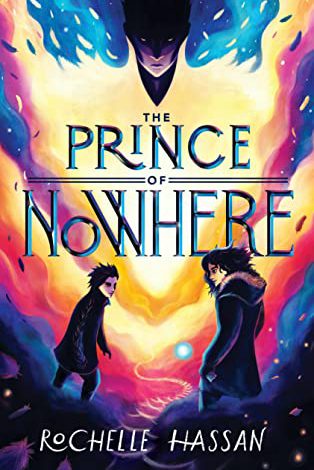 Prince of Nowhere by Rochelle Hassan 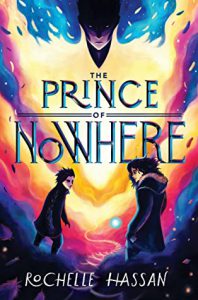 Growing up, Rochelle Hassan read about dragons, quests, and unlikely heroes. Now, she writes about them in her first novel, The Prince to Nowhere.

Hassan’s novel is set in the Aerlands, an imaginary world prowled by multiple monsters. To defend human settlements from these terrors, a mist hovers. This protective enchantment was placed there by the legendary mage Aurelion Kader.  In a community called Brume, twelve-year-old Roda lives with her mother and her aunt Dora. Kind, compassionate, and possessing a desire to help, Roda has always looked up to her brave aunt.

When Roda begins receiving cryptic letters from Anonymous, she grows curious. The letters not only make her feel special but appeal to her sense of adventure and give her a mystery to solve. The plot thickens when Roda rescues a crow, who turns out to be one of those monsters from beyond the mist. Roda soon discovers the name of this shape-shifting Aethon, Ignis.

Somehow, Anonymous brought the two together, and in order to rescue her mother and to prevent other bad things from happening, Roda and Ignis must catch Kader’s Comet and enter the world of Auerlion Kader who is responsible for enchanting the ice dragons and who holds the secrets of time. Here, the ripples of the past, present, and future comingle.

Hassan’s novel is a fantasy adventure that will take readers on a ride to another world. Still, the lessons have universal appeal. From their journey, both Roda and Ignis learn that all of our choices have consequences, although some of them are unknown, unseen, and unpredictable. The pair further realizes that life is meant to be lived with forward momentum, not in the past.