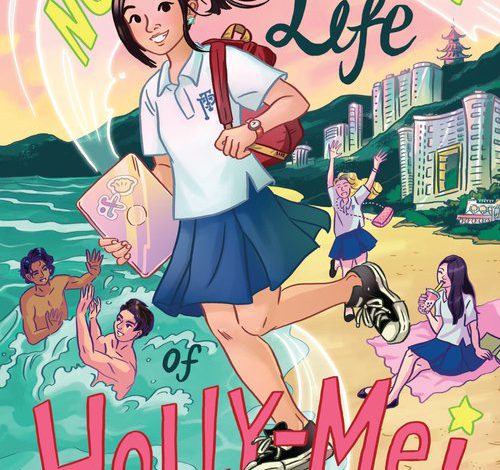 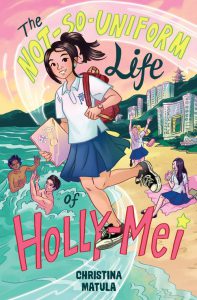 Written for middle grade readers, The Not-So-Uniform Life of Holly-Mei by Christina Matula is a strong reminder that things don’t always go as planned and that life doesn’t follow some script.

Besides sharing the experiences of seventh grader, Holly-Mei Jones, a mixed Taiwanese Canadian who moves abroad to Hong Kong, Matula imparts a rich mix of cultural details—including mores for behavior like guanxi (relationships, connections, network) and multiple gustatory delights like bolo bao (pineapple buns) and jiaozi (dumplings). She even includes recipes following the book’s glossary of the Mandarin, Cantonese, and Taiwanese words, sayings, and other terms used in the novel. While heritage is a part of Matula’s story, it is not the basis for it.

When Holly-Mei’s mother gets promoted to the position of chief operating officer for Asia-Pacific for Lo Holdings International, the family will have to move from their familiar home in Toronto to Hong Kong where the girls will attend a private academy for the social elite. Initially, this idea is met with resistance; after all, Holly-Mei is a confident, determined girl with a bit of a stubborn streak as well as a tendency to speak her mind while forgetting her filter. But with the help of her Ah-ma (Holly’s maternal grandmother), Holly is determined to make a fresh start with new friends in a new place where a multitude of gorgeous skin tones and colors co-exist and flourish.

However, adjusting to the changes poses to be more challenging than Holly and her sister, Millie, originally thought. As a senior member of Hong Kong society, their mother must behave according to an unwritten code—one that seems to privilege shallow behavior: “Mom has never commented on how we look and never encouraged us to care about clothes. She used to say that concerning ourselves with our looks was shallow and distracted us from important things, like school and grades” (110).

Perhaps coming to Hong Kong has changed things so that worry needs to be placed on being well-connected, making a good impression, and having “useful” friends who can open doors of opportunity. As Holly and Millie sort out this confusing message, the sisters also see how parental pressures play out in their peers’ behavior. Ultimately, they come to know that all newcomers contribute something worthwhile to the fabric of society.

Matula further teaches her readers some important consequences for rule-breaking and dishonesty.