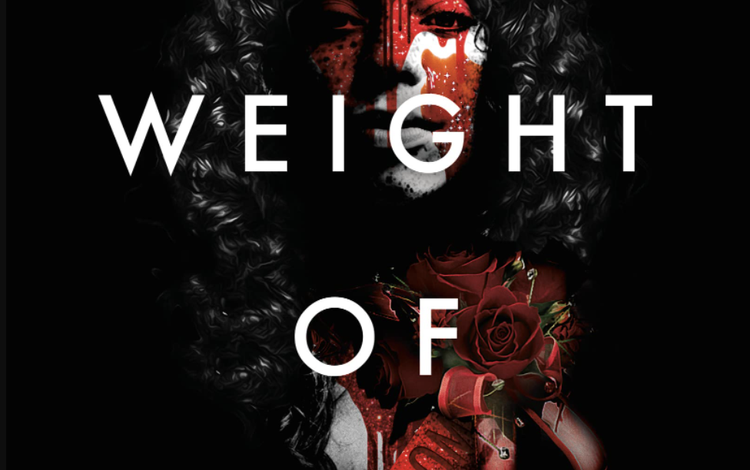 The Weight of Blood by Tiffany D. Jackson

In her novel The Weight of Blood, Tiffany D. Jackson tackles a tough topic: segregated proms and their underlying societal racism. She also unpacks light-skin privilege and explores telekinesis so that she can effectively paint a picture of her protagonist, Madison Washington (Maddy).

Under the thumb of an abusive father, Maddy is unaware that she’s strong, brave, and powerful. She dreams of someday being part of a movie crew and sharing a Hollywood set with famous superstars. She envisions working in the design department, sewing elaborate costumes or maybe creating in the kitchen, cooking gourmet meals. But more than anything, she “wants someone to love her with every cell of their body” (61). Instead, she has to keep her darkest secret, that she is half white and half Negro.

Besides Maddy, readers will also meet Kendrick Scott, Jules Marshall, and Wendy Quinn. A star quarterback with brains, Kendrick (aka Kenny) has signed with the University of Alabama and looks forward to a life of football, fame, and money. Other than color, he doesn’t have anything in common with the other Black students at Springville High School. He doesn’t feel a sense of belonging in their secret circles where they blame everything on racism. Estranged from his own race, he is forced to pretend—just like Maddy. Nevertheless, he is thoughtful, down-to-earth, focused, and humble.

Kenny’s girlfriend, Wendy, has a magic touch for transformation. Ever the perfectionist, she’s a planner, organizer, strategizer, and honor student. These qualities make her the ideal class president, cheer co-captain, homecoming committee chair, and head of prom decorations. Anticipating people’s needs, Wendy is always willing to volunteer or dispense compliments. One of her few drawbacks might be that most of her actions are subtle manipulations meant to improve her own image or status. Another is that she’s friends with Jules. “Staying a step ahead of everyone’s expectations and aligning herself with the right popular friends made it easy to hide the slight cracks in her façade” (202).

With wealth, friends in high places, and parents that provide for her every need, Jules is an entitled brat. She torments and bullies people without impunity—until she crosses a line. When Jules is held accountable, she grows vengeful, making Maddy the target of her rage.

Considered an outcast among her peers, Maddy has been teased, bullied, and tormented relentlessly throughout her years in Springville. Given that past conditioning, Maddy is suspicious of every kindness—from teachers or peers. So, when Mrs. Morgan plants the idea in her head, that maybe Kenny is being kind by asking Maddy to prom, a glimmer of hope blooms in Maddy’s heart.

Mrs. Morgan also shares with Maddy, a diverse world view: perhaps people in Springville are still carrying on like it is 1964, prior to the Civil Rights Act. Mrs. Morgan introduces Maddy to the Greensboro Four and to John Lewis, who claimed it was often necessary to “’Get into good trouble, necessary trouble’ in order for your voice to be heard” (156).

As readers grow enmeshed in the lives of these four teens, they will likely find themselves either relating or conflicted. Some will also align themselves with Kenny’s sister, Kali, who is an activist. At a key moment in the novel, Kali discusses Maddy’s ability to pass as white and her denial of her heritage: “She had the privilege to do so while the rest of us don’t. We can’t take our skin off at night like it’s some costume or straighten our hair to blend in” (224).

When Kenny gets to know Maddy, he tells her, “Normal’s boring. . . . Don’t seem like it, but I know what it’s like to feel like you don’t belong. Walking a tightrope day in and day out gets pretty old. . . . It is exhausting. ‘Cause no matter what you do, you can’t outgrow, out-lie, out-perform, out-play, out-run, or out-joke being different. And after a while, it starts hurting, like in your chest, being something you not. The older you get and the more you learn just how different you really are, you get tired of trying to blend in” (246-247).

Although she ends up losing much of what she values, by the novel’s conclusion, Wendy accepts Kali’s challenge to do something for someone that isn’t motivated by self-gain.

Jackson’s book certainly makes a reader think—whether about the consequences of one’s actions or about racism. We are invited to consider accountability, victim shaming, and the role that identity plays in our lives. Through her characters, Jackson suggests that when we are allowed to just be our “true, authentic selves without fear of recourse or ridicule” life events play out much differently.

2022-11-26
Previous Post: We Own the Sky by Rodman Philbrick
Next Post: A Year to the Day by Robin Benway