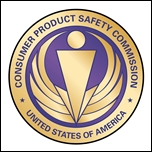 Steps are being taken in Congress that could resolve many of publishers’, resellers’, and libraries’ concerns regarding the Consumer Product Safety Improvement Act. On March 12, Representative Henry Waxman (D-California) released a draft amendment to the Act that addresses some of the complaints from a variety of industry groups. Of interest to publishers, booksellers and libraries, the proposed amendment would give the Consumer Product Safety Commission more leeway in excluding products that pose minimal risk to children, including most ink-on-paper and ink-on-board books. It also would provide relief to resellers, including vendors of used children’s books and, potentially, libraries.

The draft document follows a January report from the CPSC to Congress in which the Commission outlined the problems it perceives with the Act. The report highlighted the concerns of publishers, libraries and resellers, among other constituencies.

“We believe the intention of this [draft amendment] is to fix our situation,” says Emily Sheketoff, executive director of the American Library Association’s Washington Office, who is awaiting clarification from the CPSC on whether the section in the draft that provides relief to resellers would apply to libraries as well. “If it’s not as rock-solid as we want, we’ll suggest some clearer language.”

The Commission long promised that it would issue guidance specifically addressing libraries, but came to the conclusion that the law as currently written doesn’t allow them to do so. Sheketoff notes that if the proposed amendment does confirm that libraries can continue to lend older books, “we will aggressively campaign to get some co-sponsors and help it pass. Getting any legislation through now is difficult, but if we can get a bipartisan group of co-sponsors, it will be easier.”

The CPSIA was enacted in August 2008 and, after a year’s delay, went into effect in February 2010, despite several unanswered questions about how to comply with its provisions, especially with regard to testing. The Act’s intent was to protect children age 15 and under from risks due to lead and phthalates, and was spurred by some large recalls of lead-containing toys. Although the CPSC has said it would not enforce the law for “ordinary” children’s books printed after 1985, the publishing industry has fought to be exempted from the Act altogether (with the exception of toy-like novelty and book-plus formats).