Sometimes you’re craving an over-the-top, action packed summer-block buster, full of outrageous aliens, unbelievable CGI special effects, fast dialogue, and zany surprises & intrigue… and when you’re looking for that perfect thing, and nothing else will do, then Hollywood screenwriter David O. Russell and video game designer Andrew Auseon’s Alienated is the ticket you want to buy. But I am getting ahead of myself, since Alienatedwas just published, as a book, by Aladdin.  Clearly conceptualized and written as the beginning of a series destined for the big screen, this book is one over-the-top, crazy episode and character after another.  Middle grade guy readers (and some girls too) who END_OF_DOCUMENT_TOKEN_TO_BE_REPLACED 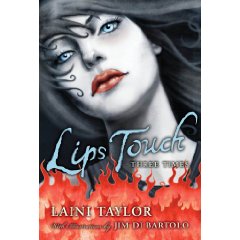 In this deliciously tempting collection of  stories, Laini Taylor and illustrator Jim Di Bartolo, offer fragrant, forbidden fruit that begs to be tasted, relished and devoured.  The stories in Lips Touch are three tales of supernatural love, each pivoting on a kiss that is no mere kiss, but an action with profound consequences for the kissers’ souls.  In Goblin Fruit, Kizzy is the girl with a fiery spirit and dark, smoldering beauty who is always on the outside, looking in and longing for a normal life.  Her aching need is a perfume that draws Hell’s goblins to crave her soul.  When an unbelievably gorgeous new guy END_OF_DOCUMENT_TOKEN_TO_BE_REPLACED

14 year olds Stuck and Pete are best friends who live on the shores of a glacier-lake in New England, surrounded by a dense, dark wood. Every summer their lake gets an influx of summer visitors and their friends from the city come back for another season. But this year is different – the kids are older now, their relationships are changing, and the terror in the woods that’s haunted them in the past has crossed over into their world. As part of their annual summer activities the gang of friends spend most nights around the campfire, telling ever more complicated and scary versions of the END_OF_DOCUMENT_TOKEN_TO_BE_REPLACED 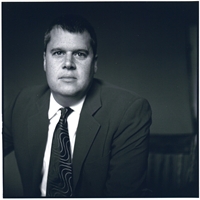 Publisher’s Weekly reports that  Daniel Handler, who had a long and successful run with his Lemony Snicket-penned A Series of Unfortunate Events series at HarperCollins, is moving to Little, Brown Books for Young Readers in a five-book deal announced late Wednesday afternoon. Under the agreement, Handler will write four Lemony Snicket titles in a new series, with the first due out in 2012. Before that series hits, LBYR will release a Handler young adult novel in 2011 that will feature full-color illustrations by Maira Kalman. Read Jim Milliot’s — Publishers Weekly, 11/11/2009 3:24:00 PM — article by clicking here. END_OF_DOCUMENT_TOKEN_TO_BE_REPLACED 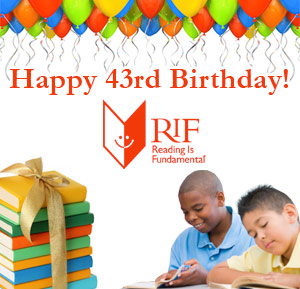 November 3, 2009 was RIF’s (Reading is Fundamental) 43rd birthday!  Founded in 1966, RIF is the oldest and largest children’s and family nonprofit literacy organization in the United States. RIF’s highest priority is reaching underserved children from birth to age 8. Through community volunteers in every state and U.S. territory, RIF provides 4.5 million children with 16 million new, free books and literacy resources each year.  All RIF programs combine three essential elements to foster children’s literacy: reading motivation, family and community involvement, and the excitement of choosing free books to keep.  RIF’s accomplishments are due in part to the generous support of the U.S. Department of END_OF_DOCUMENT_TOKEN_TO_BE_REPLACED

Like his Lightning Thief star Percy Jackson, Rick Riordan is a demigod—at least in the eyes of his readers. With the release next May of the first title in his new middle-grade fantasy series, about ancient Egypt, he is set to become a pharaoh, too.  In The Kane Chronicles, Book One: The Red Pyramid, kids will meet Carter Kane, 14, and his sister, Sadie, 12, descendants of Egyptian magicians who battle gods accidentally released in the present. (Watch out for the god of chaos.) “In my classroom, there was only one thing that was more popular than ancient Greece, and that was ancient Egypt,” said Riordan, END_OF_DOCUMENT_TOKEN_TO_BE_REPLACED

By Sue Corbett — Publishers Weekly, 11/5/2009 12:15:00 PM Alex Rider’s eighth adventure, Crocodile Tears, hits stores November 17 and Penguin is partnering with MAKE magazine to challenge young inventors to come up with a gadget cool enough for the teen spy’s arsenal. After all, author Anthony Horowitz says that when he needs a new tool to get his hero out of peril, he goes to his own kids for inspiration. “I look around their bedrooms to see what kind of electronics and such they have littering the place,” said Horowitz, father of Nicholas, 20, and Cassian, 18. The challenge is to design a gadget END_OF_DOCUMENT_TOKEN_TO_BE_REPLACED

In this open and sincere book, Lauren Strasnick weaves grief, growing up, and getting comfortable in your own skin into one moving story. Six months after Holly’s mom died, she has withdrawn from the world. Numb to her feelings, she has one true friend in the world. So when popular (and already attached) Paul notices her, she welcomes the diversion his embrace brings. But when their one-night stand turns into something else, Holly enters a whole new world–especially when Paul’s girlfriend Saskia starts to become her friend. This is not just another teen-angst&love-triangle book. While it does have a triangle (or two) propelling the plot, END_OF_DOCUMENT_TOKEN_TO_BE_REPLACED 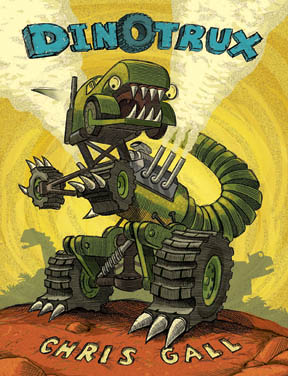 Publisher’s Weekly has announced its picks for the Best Children’s Books of 2009.  “From accounts of civil rights heroes, to harrowing (and hopeful) stories about contemporary teenagers, to picture books that perfectly capture friendship, curiosity, or flights of fancy, 2009 held a treasure trove of wonderful reading for children of all ages and interests. Narrowing them down to just 30 titles wasn’t an easy task, but we believe the following books stand out for their remarkable writing, indelible characters, and arresting artwork.” Publisher’s Weekly 11/2/09 Read the full Publisher’s Weekly article here. Congratulations to Chris Gall, Tucson author and illustrator of the awesome Dinotrux! END_OF_DOCUMENT_TOKEN_TO_BE_REPLACED