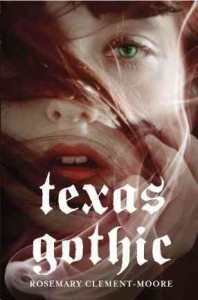 The Goodnight farm is engulfed by the McCulloch’s ranch – a pretty good metaphor to describe Amy Goodnight’s life. Her family is different; all of the women are practicing white witches. This is a source of embarrassment for Amy, who sees it as her job to be a liaison between her family and the “normal” world that surrounds them.
Amy and her sister, Phin, are spending the summer caring for the ranch while their aunt is away. What should be an uneventful summer full of chores turns into just the opposite with a series of unexpected events: a ghost comes to visit Amy, human remains are discovered on the McCulloch’s property, something called the Mad Monk appears to be haunting the McCulloch ranch and Amy can’t seem to not bump into ridiculously cute Ben McCulloch at the most embarrassing times.
As the summer progresses, the strange events escalate until it is obvious that nefarious forces are at work. Amy is forced to choose between looking and acting like a normal teenager and doing nothing, or accepting her birthright and helping to combat the apparent evil spirits.
Throughout Rosemary Clement-Moore’s engaging Texas Gothic, Ben accuses Amy of behaving like Nancy Drew, a reference that may be lost on many modern teen readers. After finishing this entertaining book I realized something: it is structured almost exactly like an old Nancy Drew mystery. Kudos to Ms. Clement-Moore!