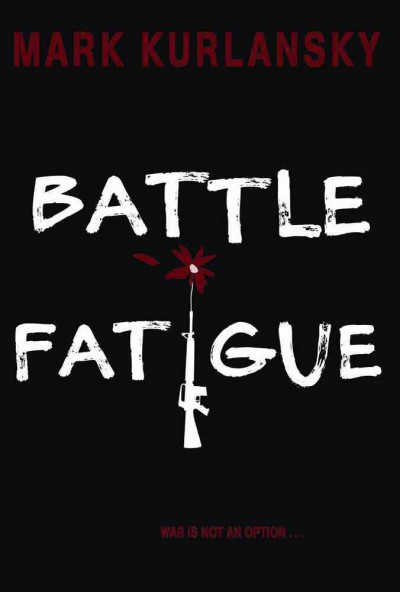 By: Cori
In: Historical Fiction (YA), Young Adult Book Reviews 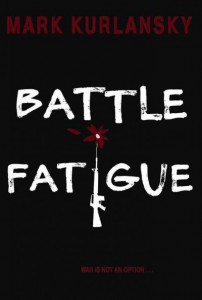 22 year old Joel Bloom’s life is at a crossroads – literally.  He can accept the decision of the draft board and go to Vietnam, a war that he opposes, or he can flee to Canada, a fugitive with little hope to return home.  It seems that Joel’s destiny has been to go to war: he grew up in an industrial town in Massachusetts in the years following WWII, dreaming of fighting in the military or maybe winning the World Series for the Brooklyn Dodgers.  But there’s always been something about conflict, war, politics and violence that didn’t make sense to Joel, and no one could help him understand and sort out his complex feelings about these things. Joel loves his country, but he knows he can’t fight in an unjust war, and he just isn’t clear about why or what to do about it.  As his childhood friends are leaving for Vietnam, joining the movement to protest the War, or finding other ways to cope, Joel must decide which war it is his destiny to fight.

In Battle Fatigue, Mark Kurlansky telescopes Joel’s life (ages 6-22) into a retrospective review of seminal events of the 1950’s, 1960’s, and early 1970’s to explore how one boy, who grew up with war as a constant backdrop to his life, would come to make the choice to walk away from a conflict that holds no meaning for him.  Joel shares his recollections in the present tense, adding a sense of immediacy to his memories, but the tension is subdued by the fact that he starts the book at 22, explaining that he’s got to try to decipher the signs from his life that led him to this monumental decision.  Throughout the retelling of his story, one never gets the feeling that we’re fully living the episodes with Joel, since they all have the flavor of a foregone conclusion and situations that may have been really powerful are dulled rather than heightened by this narrative approach.

Today’s children and young adults have grown up with 10 years of active war and the ever present threat of terrorist attacks in the background of their lives.  What’s different today is that there’s no draft compelling every young man to face the hard choice of service. Instead, the heavy burden of conflict is born by a very small percentage of the American population, forcing a redefinition of patriotism, duty, and the collateral damage of conflict.  (From NPR 10/8/11: Veterans, Civilians Don’t See Eye To Eye on War).  Battle Fatigue is one young man’s struggle to find answers to those questions, and is therefore, relevant to the conversation we should all be having today.

2011-10-19
Previous Post: What’s Next for John Flanagan
Next Post: Putting Down the iPad So My Kids Can See Me Read