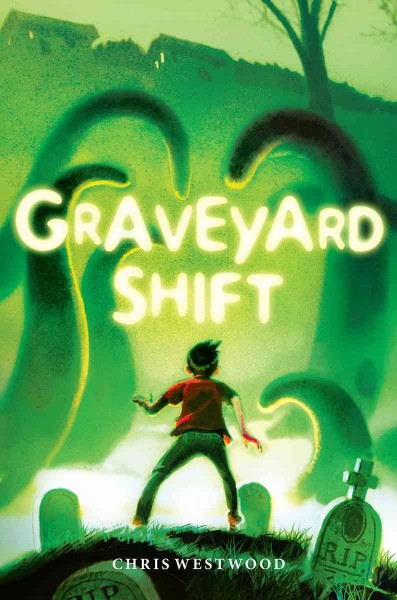 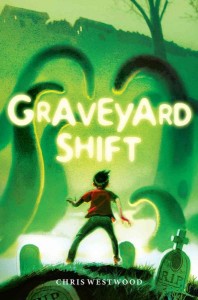 Shift combines the best elements from stories like Men in Black, GhostBusters, Harry Potter, and more into an action-packed fantasy adventure that will get your blood pumping.  It’s a quick, delightfully scary read full of magic and a couple of likeable middle school students embarking on an adventure of a lifetime.

One sunny afternoon in the graveyard near his London apartment, Ben Harvester helps out an old man who appears to stumble from exhaustion over a nearby grave.  A few days later in a far-away town at his own aunt’s funeral, Ben again sees that same old man on the outskirts of the crowd being followed by a kind of glimmering dust.  It’s when Ben stops by to help a fallen transient that things really get strange, though, as the transient physically morphs his body into the likenesses of other people, ending his astonishing transformation in the rumpled suit of the old man Ben’s been seeing.  Mr. October, Ben learns, has had his eye on Ben for some time and would like to make him his apprentice.  All Mr. Oliver will say is that he works for the Ministry of Pandemonium and if Ben agrees to work with him, more will be revealed.  Strange things start happening all around Ben after this, and soon he discovers what The Ministry really does:  they meet souls in the moments after death and usher them safely into the afterlife.  But it’s not always that easy, since sometimes the souls don’t want to go, they get lost, or worse, ghoulish creatures from the Lords of Sundown snatch the souls away for their own sinister reasons.

Caught up in the dangerous, thrilling, secret “alternate” world of The Ministry, Ben does his best to keep up appearances.  But there’s a perceptive girl in his class who has secrets (and a skill) of her own, and Ben must decide if he can trust her.   When a painful secret from Ben’s past collides with an unforeseen tragedy that Ben believes is a result of his work with The Ministry, he can either go it alone and possibly destroy everything and everyone around him, or maybe, with Becky’s help, he can manage to save everything he cares about and create a place for himself in the most amazing, exciting line of work imaginable.