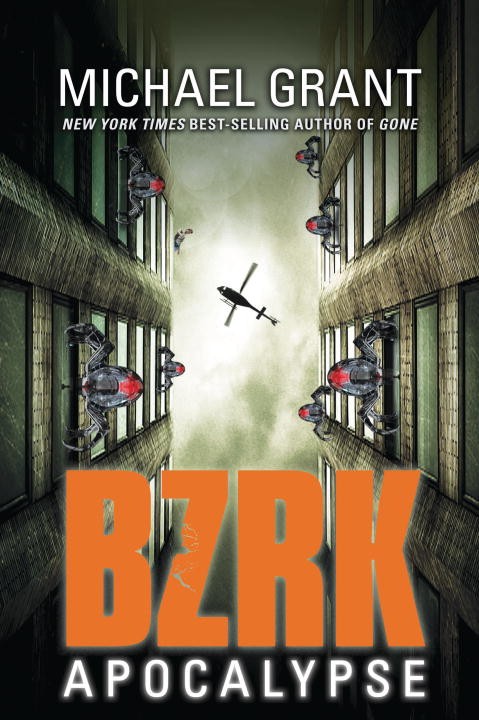 Gamers often play video games for the thrill of the game, for the confidence-building rewards as they move from level to level, or for the opportunity to act in a heroic role.  Others play for the power, competition, action, and sometimes violence experienced vicariously through the game.

Although it is not played online but in real life, BZRK Apocalypse by Michael Grant describes a conflict that resembles a massive multiplayer online game (MMOG).  Grant’s science fiction thriller is the last in the BZRK trilogy, and the stakes in this final battle are high; the fate of BZRK players is death or madness.  Sixteen-year-old Sadie McLure, aka Plath, and her sidekick Noah, aka Keats, are the key protagonists who battle Lystra Reid, Caligula, Burnofsky, Lear, and the Armstrong Brothers.  While Sadie and Noah are playing to save humanity, they must battle those who totally lack a moral core, those who kill for sport, and those who wish to destroy the world as we know it.

Charles and Benjamin Armstrong are genius Siamese twins, one with a vengeful streak who wants to hit back, the other with a vision—to see the world happy, at peace, accepting of him for what he is, a world “free from want and hate and fear and pain” (23).  Charles’ vision for “one vast interconnectedness” conflicts with that of his own brother’s wish for an apocalypse.

Designer of the game, Lystra Reid is both vengeful and unbalanced.  A killer like Hitler or Genghis Khan, she is playing to create panic, a panic like that generated by the Black Death or cholera.

For his own revenge, Burnofsky—a man obsessed with Orwellian predictions—invents nanobots, the mechanical version of biots.  Nanobots are just as small but don’t have the eerie and inexplicable link that connects a biot to its maker. These biological and mechanical viruses infect all of the gamers to a different degree.  Like Orwell envisioned, Burnofsky imagines a future where power tears human minds to pieces and puts them together again in new shapes.

Readers will also likely appreciate Grant’s clever naming and rendering of characters as well as his rich descriptions and the ultimate message, that misery doesn’t need company; it needs hope.  This fast-paced book with explicit detail is not for the faint of heart.