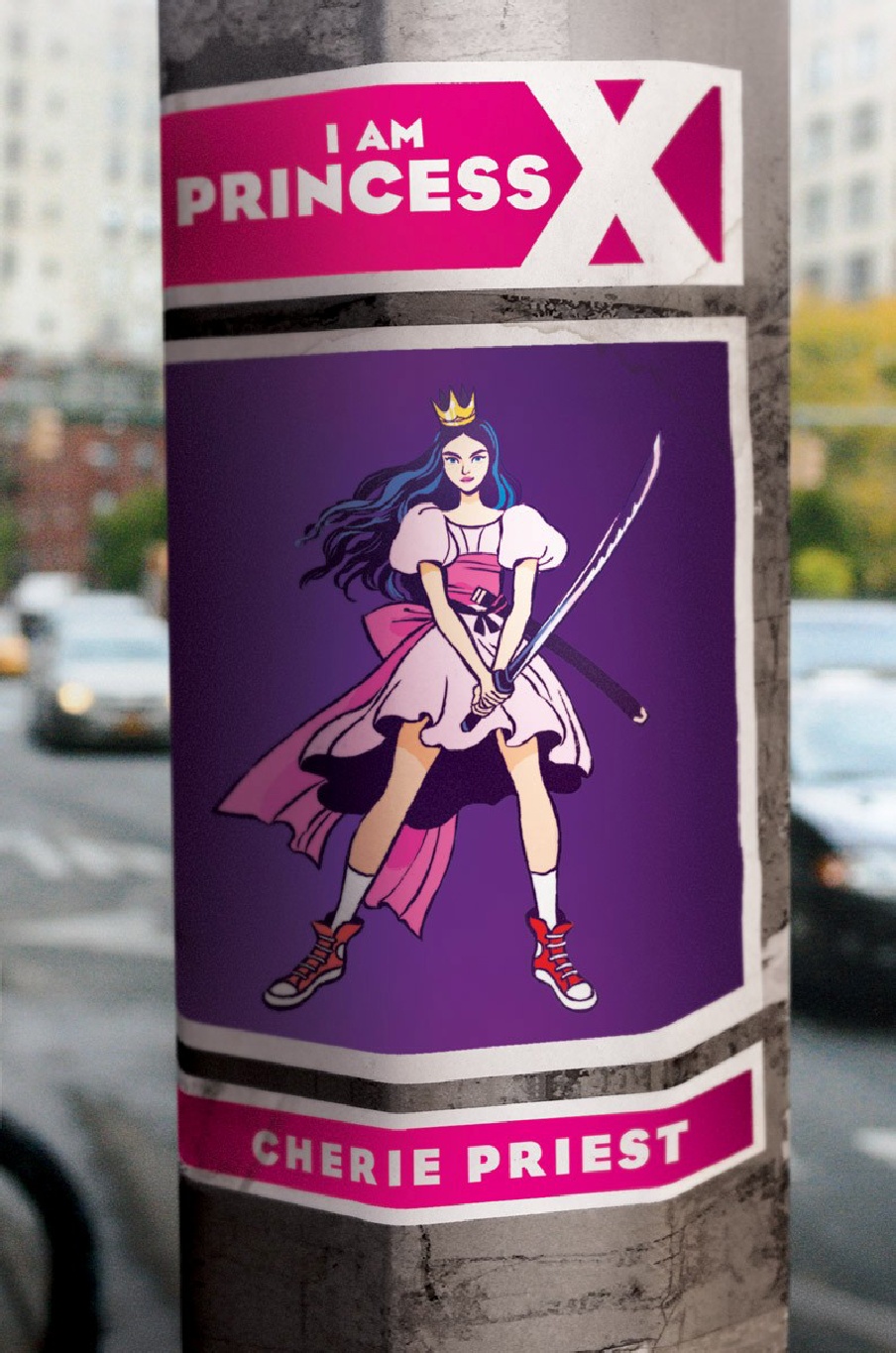 I Am Princess X 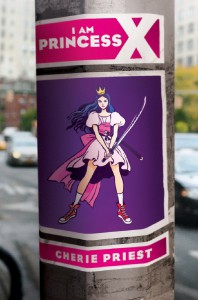 When they were fifth graders, May Harper—a budding writer—and Libby Deaton—a budding artist, created Princess X.  “A blue-haired girl in a puff-sleeved princess dress, wearing a big gold crown and red sneakers” (3), Princess X was born on a sidewalk as chalk art, but the two girls took her home and built an imaginary empire—filling notebooks and sketchbooks with her adventures.  “The princess became their alter ego, their avatar, their third best friend” (8).

Several years later, as the girls were entering high school, Libby and her mother were in a mysterious car accident.  Separated from her best friend, May couldn’t shake the dream that told her Libby was still alive.  Three years passed, when May—now seventeen—saw a sticker in the corner of a shop window: “It was round with a black border, [and] within this border was the outline of a girl with shiny blue hair, [wearing] a pink puff-sleeved dress, a tall gold crown, and red Chucks” (14).  Seeing this sticker reopened the notion that Libby had survived the accident—that the impossible was possible—so May began sleuthing for her friend.  Her search took her to a Princess X web comic, where she learned about the Ghost Queen, the Needle Man, and the Four Keys.  As she read further, May began to see a resemblance between the story and her friend’s own life.  Various plot points seemed too coincidental, and May didn’t believe in coincidences.  Princess X was Libby, and Libby was in trouble, having been captured by the Needle Man—a sick, angry, and hostile father who wished to save his daughter at any price, even the price of someone else’s life.

May’s search to solve the mystery leads her to Patrick Hobbs, an IT guy called Trick who knows the darknet and how to mine the internet for information.  Together, the two teens follow cryptic clues as they hunt for the four keys that will unlock the enigma.  Their search puts them in danger, as they are chased and hunted by unsavory characters—both in real life and in virtual reality.

As soon as I opened I Am Princess X by Cherie Priest, I knew this YA book was unique because it was set in a purple font and peppered with pictures—comic like drawings by Kali Ciesemeier.  Part graphic novel, part mystery story, and partially a friendship-quest plot, I Am Princess X features incisive action and wit-filled dialogue that carries the reader to a gripping conclusion about real-life teen superheroes.