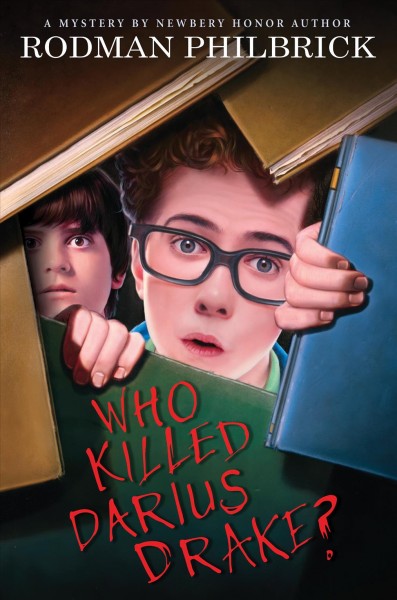 A blood-stained note, reading “Who killed Darius Drake,” lures Darius into searching for an answer, since he’s still alive and living at Stonehill Home for Children after losing his parents in a tragic car accident when he was only three.  Bu 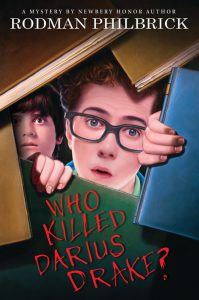 t the gangly orphan genius with thick glasses and a volcanic eruption of bright red hair needs a partner, whom he finds in Arthur Bash, “a big, fat, scary-looking dude” (2).  Known at school as a thug-for-hire, Bash Man will frighten foes with a menacing look for the price of a candy bar.  After his parents’ divorce, Arthur adopts the bully persona because he’d rather his peers feel scared of him than sorry for him.  These two youth, marginalized at school for their differences, set out to solve the death threat mystery, which turns into a treasure hunt for the Dunbar diamonds and a revelation of multiple secrets.

On the detective trail, the two boys receive more threats, encounter lies, deception, and false leads, and come face-to-face with some real-life thugs and some likely suspects–although looks can be deceiving.   The suspects include Jasper Jones, a financial mogul and Johnny Depp look-alike; Vincent Meek, an ex-con also known as Scar Man because of his facial disfigurement; Mr. Robertson, a local historian and author; and Winston Brooks, a forger and felon who is also Darius’ maternal grandfather.

Unable to resist a treasure hunt, Arthur’s step-sister, fourteen-year-old Deidre joins the boys, who seem to understand the brokenness of the other and to need one another.  As they gather all available intelligence and as events grow more and more menacing, Arthur gets scared, but Darius tells him, “You’re braver than you think. . . . If the time comes, there’s a ninety-seven percent probability that you’ll do the brave thing” (111).  Yet, the future is never quite what we expect and our actions often have unintended consequences.

Told from Arthur’s point of view, Rodman Philbrick’s mystery, Who Killed Darius Drake? is a quick-read with surprising twists and turns that promise to keep readers emotionally engaged.