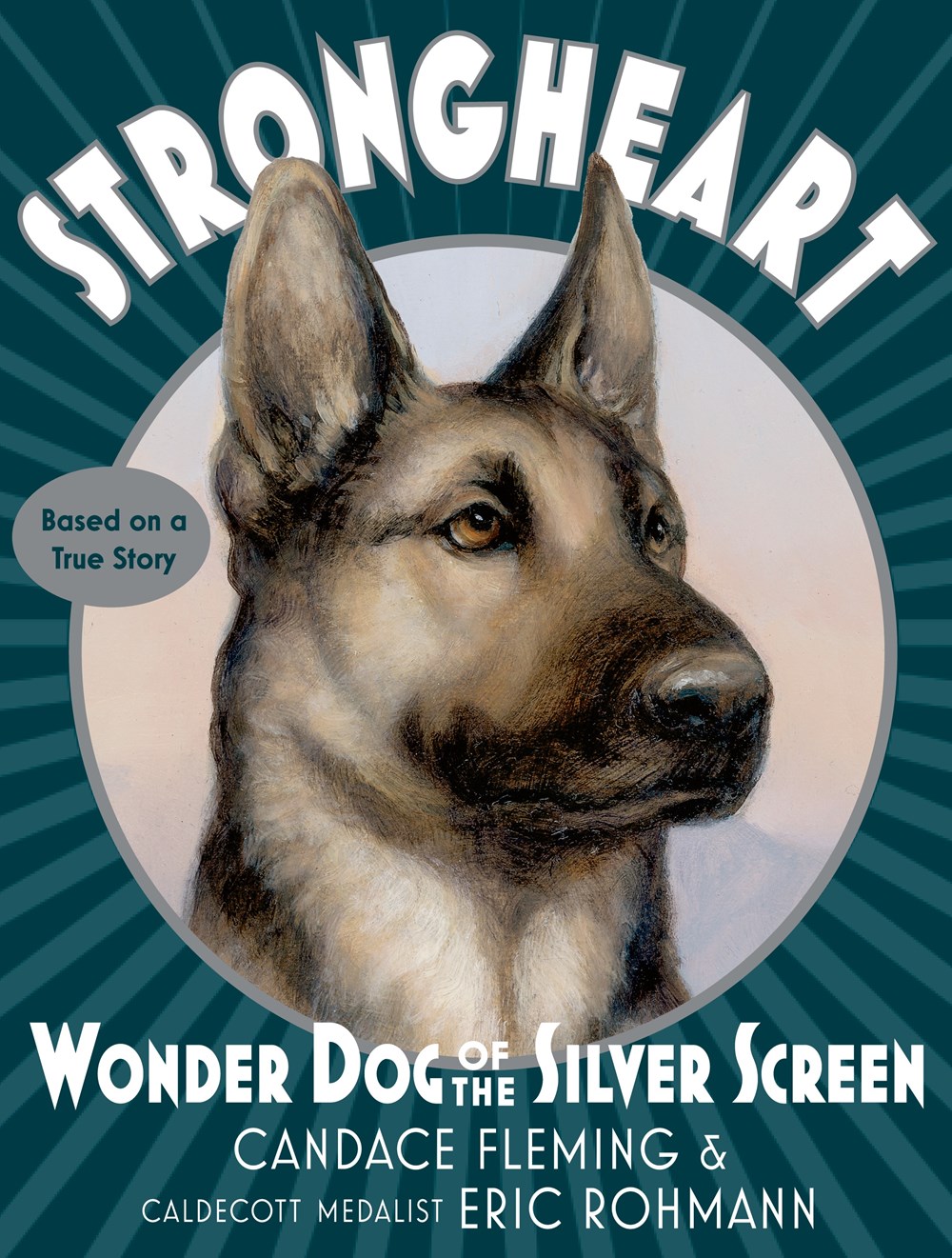 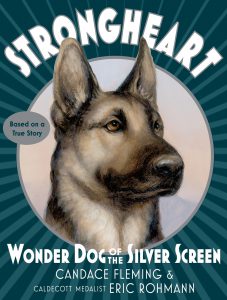 Strongheart: Wonder Dog of the Silver Screen written by Candace Fleming and illustrated by Caldecott medalist Eric Rohmann is based on the true story of Etzel, the German shepherd from the Bavarian Alps region who made it from a sun-washed barnyard to the Berlin Police Force and finally to silent-movie stardom in the 1920s.

Through a technique called anthropomorphism—attributing human characteristics or behavior to an animal—Fleming invites readers to imagine a dog with movie star abilities and with a talent for reading people and making human connections.

Etzel’s transformation from a carefree life as a puppy to “a cold, uncaring police dog, who slashed at other dogs and trusted no one” (23) is mostly frightening because of the training methods used.   When film director Larry Trimble and screenwriter Jane Murfin travel the world looking for a dramatic canine actor, they find Etzel, a fierce, highly trained three-year-old German shepherd police dog in Berlin. However, through consistent affection and by teaching the dog to play, Strongheart transforms again, this time into a trusting, gentle, generous dog with a sense of humor.

Strongheart uses these qualities—along with facial expressions, which are “by turns tragic and tender, fierce and sorrowful” (120)—to inspire emotional responses in moviegoers.  When Strongheart is accused of attacking and consuming a child, readers join the Strongheart defense team, pulling for his release and exoneration.

In the style of good non-fiction, Fleming includes backmatter in her book, revealing the truth behind this tale, several photographs, a bibliography, notes, and a list of Strongheart’s movies.  The Return of Boston Blackie (1927) can be viewed online.