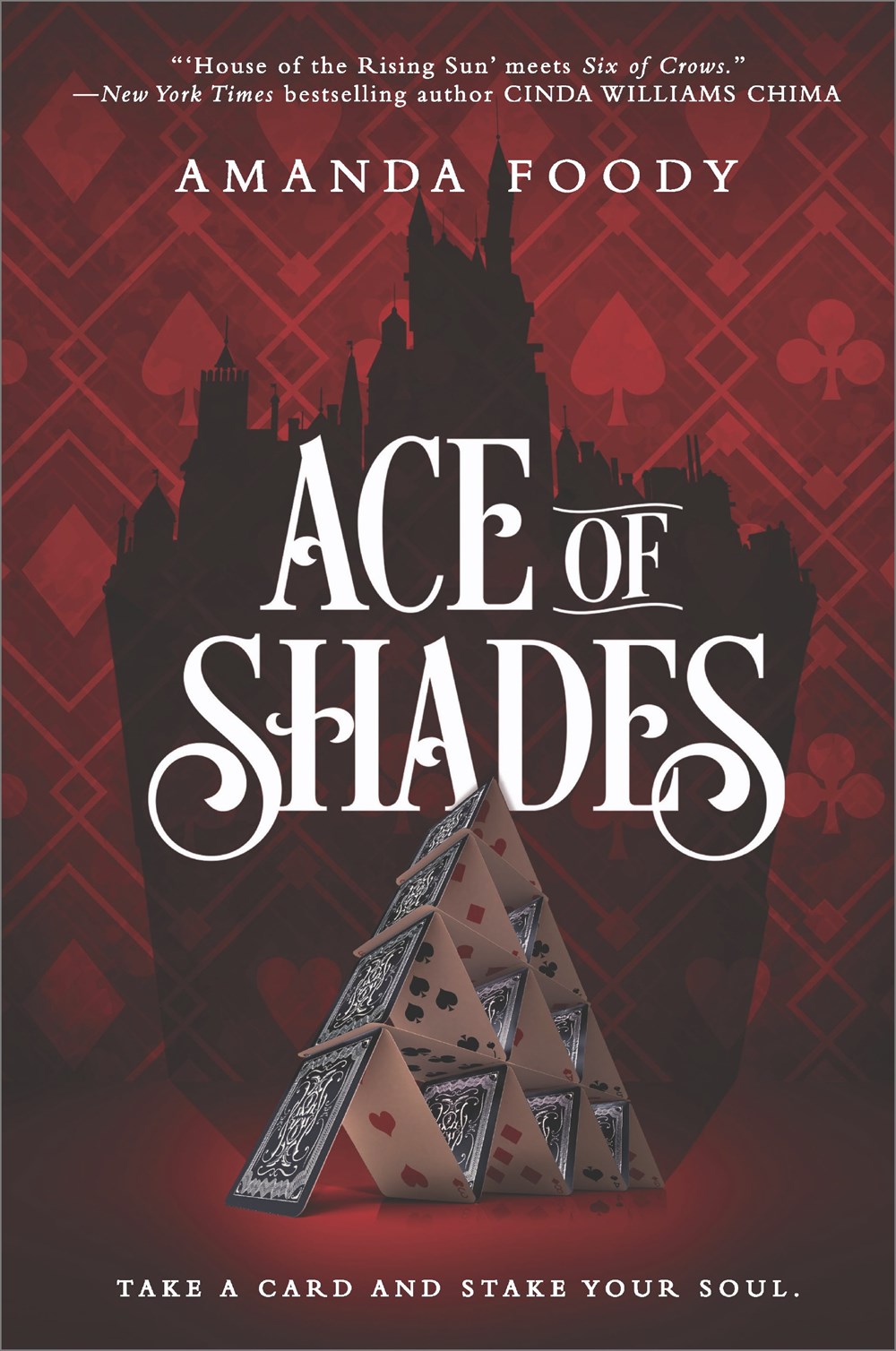 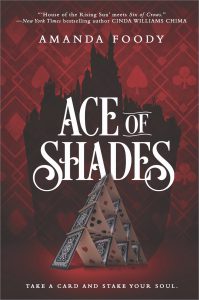 Readers of Tamora Pierce (Song of the Lioness series) and Leigh Bardugo (Six of Crows) will likely find Amanda Foody’s new novel, Ace of Shades to be an equally dark and thrilling fantasy-mystery.  This first book in the Shadow Game trilogy features seventeen-year-old Enne Salta, whose only known mother-figure has gone missing.

Determined to find Lourdes Alfero—the one person who has listened and advised and cared—Enne leaves her lady-in-training finishing school and her familiar life in Bellamy to cross the seas to New Reynes.  The solitary lead Enne has is a name, that of Levi Glaisyer, and when she arrives in the City of Sin, a wasteland of metal and white stone, she discovers that her rules of etiquette and precaution have done little to prepare her for the gang lords, thieves, rogues, and countless other shady characters that populate this morally ambiguous city of both poverty and excess, of slums and casinos.

Foody’s richly developed characters live in a kingdom where every citizen is classified into categories based on their Talents of Aptitude or Talents of Mysteries.  Enne’s blood talent is dancing and her split talent is arithmetic, but her split talent is so weak, it may as well be nonexistent.   She discovers an explanation for that weakness after seeing a blood gazer, an individual capable of determining parentage.

With every clue Enne gathers, the mystery of Lourdes’ disappearance grows more enigmatic and laced with lies.  At the same time, Enne begins to question her own identity and learns that she’s more than an invisible girl who has never impressed anyone; she is “a pistol wrapped up in silk” (292) and capable of inspiring defiance, surprise, and fear.  She also learns that secrets, which carry a currency of their own, are the deadliest sort of weapons and that reputation holds more power than fortune.

Levi, the best card dealer in the city, is the Iron Lord who recognizes his own ghosts in Enne’s eyes.  His vow to help Enne actually subjects her to an omerta, an unbreakable oath with Vianca Augustine who forces Enne to submit to her will and propels her into a war with a rival crime family, the Torrens.  Eventually, Enne finds herself a player in the Shadow Game, a game that no one survives.

And Enne is becoming more to Levi than just an attraction.   Together, they must face the witch, poison the wolf, and stroll into the land of death with their heads held high.  But they are impossible players in a rigged game.  Even as Enne’s heart urges her to action, her mind compels her to resist.

From both Levi and Enne, the reader learns that we all have tragedies and scars and that when life takes us down an unsteady road, we might turn into someone we don’t recognize.