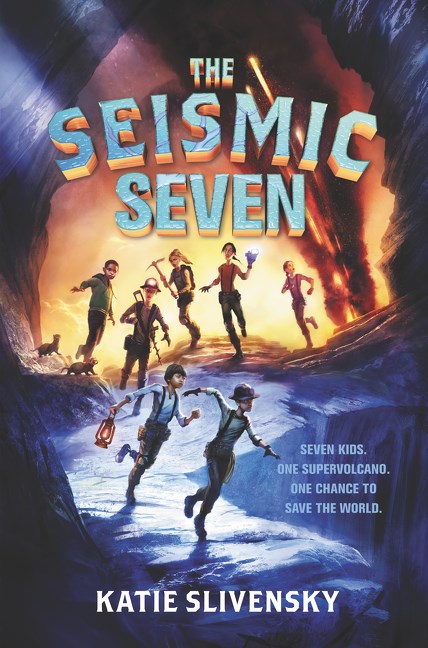 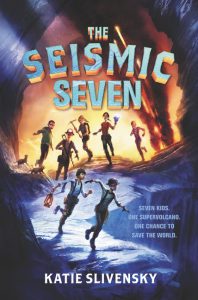 By using her video game skills to replicate the first eruption of the Yellowstone Super-volcano, thirteen-year-old Brianna Dobson earns the opportunity to work with world-famous geologist Dr. Samantha Grier at Yellowstone National Park for a summer of official science research.   She joins fellow nerds and intrepid explorers Kenzie Reed, Todd Henning, and Wyatt Cayanan on a geology adventure.

Besides her fascination with science, Bri finds comfort in her ability to record the world.  Behind her video camera, she feels like she can take on any obstacle.  But initial work in the tunnels carved out by the team and meant to protect the planet from disaster reduces Bri to a pitifully trembling goo.  Although very diverse in personality, the foursome cement their friendship with the undercurrent of worry that they could blow up in a lava experiment at any second and with their secret messages written on the tunnel walls, messages meant to communicate with the other youth they’ve seen in camp but with whom they have not been allowed to interact.

As work on the tunnels continues, the foursome grow more suspicious of Dr. Grier’s intentions.   She has surrounded herself with what look like body guards and has the participation of National Park Employee Laura MacNamary.  Still, motivated by altruism and manipulated by a hero desire, Bri and her team continue their efforts.

With her novel The Seismic Seven, author Katie Slivensky works in the same spirit as Laurie Halse Anderson’s Time to Fly and other authors like Sneed B. Collard, III and Carl Hiaasen who often take on environment-related topics.  Although Slivensky reassures readers that The Seismic Seven is a work of fiction and that what happens in this book is not something that can happen in reality, the recent quake activity around the world in places like Bolivia, New Zealand, and California and the more recent volcanic devastation from the Kilauea volcano on the Big Island of Hawaii make the eruption of a dormant volcano more probable.  The relevance and currency of the book’s plot have the potential to draw-in the reader, and the twisty mystery of whether the team is triggering or stopping a world disaster adds interest, as well.

Finally, the book offers insight about human nature.  Many people would rather take their chances that the impact of a threat like global warming won’t occur in their lifetimes than put in the time and money to make a difference or commit the effort to understanding the science behind what sounds unbelievable.  Others are indifferent to the impact that humans make on the environment and simply shrug a shoulder at the idea of lowering carbon emissions, going green, or saving wild spaces.  As Ms. MacNamary points out, “It’s rare to find anyone who sees what really needs to be done and has the courage to do it” (116).  Also, humans often justify doing something small and bad in the name of a positive and beneficial outcome.  And, we’re all manipulated by the human desire to be needed.

In additon to its environmental focus, Slivensky’s book compliments human ingenuity, revealing how steady minds, compassion, cooperation, collaboration, and creativity enable humans to prepare for and pull ourselves out of nearly any situation—no matter how dire—as long as we have the courage and persistence of the seismic seven to combine our strengths, support one another, and take action.