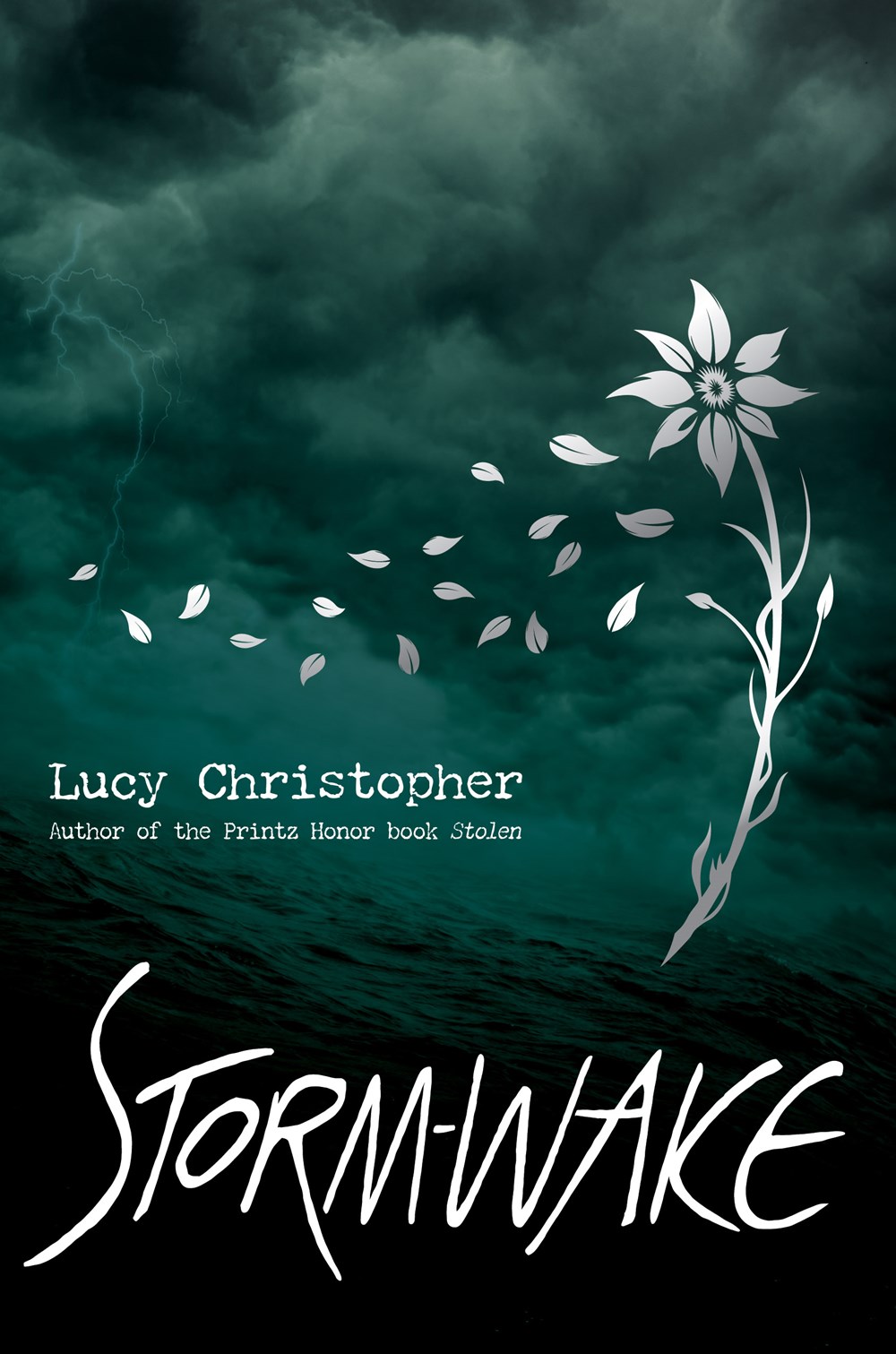 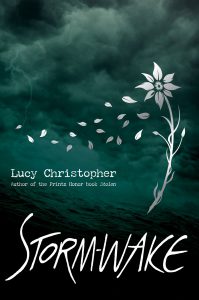 Sheltered on a remote island and taught to think that the rest of the world has been destroyed by swelling tides and rising temperatures due to the effects of global warming and selfish, greedy people, Moss lives a nearly idyllic existence with her Pa and their dogs, Jess and Adder.

On Flower Island, Pa experiments with magic since the storm-flowers that grow there have healing properties and their petals are capable of engendering a buzz of relaxation, happiness, and queasy-strange feelings—even hallucinations.  When Pa is “flower-struck,” his thinking buzzed, he dances and tells stories.  In this hopeful and happy state, he pushes healing pollen to the rest of the world to “make the floods go down” and to make the world a better place (12).  Other times, when he experiences “Blackness,” Pa broods about how human greed and darkness ruined the world.  As he oscillates between these diverse mood swings, Moss yearns for another companion and to know more than just Pa’s stories.

When Callan washes up on the beach one day—a nearly human boy with webbing, a scale pattern, and a glint to his skin—Moss begins to question her life and its isolation.  Cal tells different stories and makes Moss wonder whether Pa is truth-telling.  Cal even refuses to eat the flowers, despite Moss’ insistence that they zing and tingle, have sweetness, and make true healing.

As time passes and the two youth form a bond, Pa grows worried that he’ll lose Moss to Callan.  Cal sees differently, and eventually Moss begins to see differently too.

Then one day, Tommy and Finnegan crash their boat on the island shore, proving that the outside world has not been destroyed by floods as Pa has claimed.  Finn tells Moss, “We didn’t cross through some magical wardrobe or train platform to get here” (190).  With truth crumbling around her and confusion threatening to consume her, Moss must not only confront her past but make some serious decisions about her future.

Although Lucy Christopher’s novel Storm-wake—with its almost parallel characters and similar plot threads and conventions—shares numerous rich allusions to William Shakespeare’s The Tempest, it is not a retelling of that tale.  Instead, it provides a dark reflection of how dreams can free us and how sometimes what we want to believe seems truer than reality.  Readers of fantasy and magic will likely find pleasure in Christopher’s mysterious but mesmerizing tale.