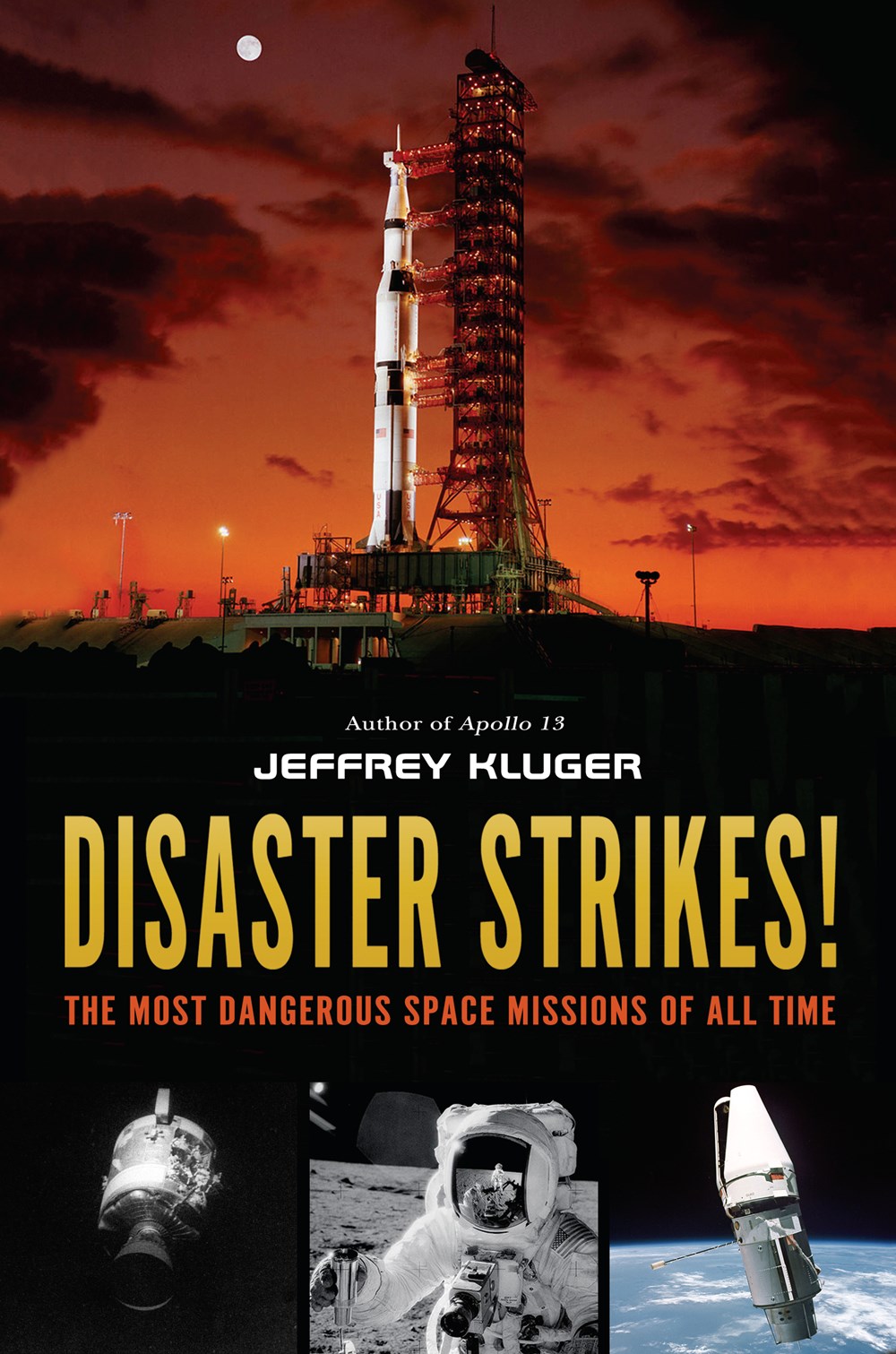 July 20, 2019 marks the 50th Anniversary of the first human landing on the Moon on July 20, 1969 as part of NASA’s Apollo 11 lunar mission.  And Jeffrey Kluger’s book, Disaster Strikes! The Most Dangerous Space Missions of All Time, which released in May, is just in time to be part of the celebration.

History would not know the names of Buzz Aldrin, Alan Sheppard, and Neil Armstrong had it not been for space pioneers like Gus Grissom, Charlie Bassett, Elliot See, and countless other astronauts who performed their missions so that the space programs in both the United States and the Soviet Union could learn the valuable lessons provided through experimentation and failure.

Kluger’s book reminds us that space may be a beautiful place to contemplate and a thrilling place to visit, but for all of its appeal, space travel is not easy, it is not safe, and it can cost lives.  Still, “danger is an unavoidable part of exploration” (4), just as adventure and excitement are part of the joy of discovery.  Because of those ultimate highs, we continue to explore.

In twelve chapters, readers ride along on a dozen missions spanning from 1961 to 2013.  On space walks, space station repairs, rocket launches and landings, we come to know the lives lost and the lines spoken to carry historical significance.  We are forced to admit that a good ship, a solid crew, and some tough and fancy stunt flying are really no match for fires, explosions, mechanical malfunctions, adverse weather conditions, and bad machinery.  We encounter magnificent machines on full-spectrum missions that turn out to be temperamental ones, given to bouts of misbehavior.  Although smart thinking by crew members allows later history to be made, that history comes with a price.

Even though Kluger writes that “cosmonauts and astronauts do not believe in curses” (71), that it is not in their natures to believe in superstition, magic, or strange powers working in mysterious ways, we have to admit that there is something magical about the work that they do.  Astronauts and cosmonauts may be “engineers and pilots who work in the knowable world of physics and equations and tangible machines” (71), but they are also beget wonder in their ability to invent in the moment, execute maneuvers never before simulated, and “jury-rig repairs from little more than plastic wrap and duct tape and whatever other supplies they have on hand” (135-136).

Whether we think of Christa McAuliffe, Gus Grissom, Ed White, Roger Chaffee, or any of the other space pioneers who were offered a seat on a rocket ship and didn’t ask which seat, but just got on, we must admit that the price we pay for discovery can be quite high.  After all, space has countless ways to kill an explorer, but every astronaut who has ventured into space is well aware of the dangers.  They willingly accept the risks to be part of the journey.