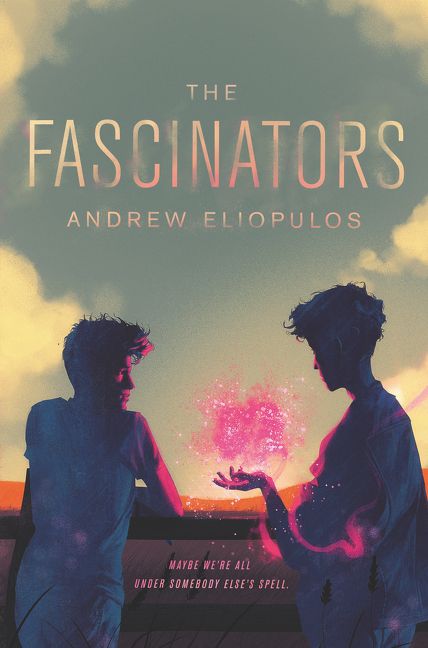 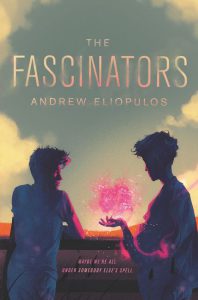 Readers of Patricia Wrede, Rainbow Rowell, and Maggie Stiefvater will likely enjoy The Fascinators by Andrew Eliopulos.  For his debut young adult novel, Eliopulos writes a story about friendship, first love, feeling out of place, and delayed dreams.  Through his characters, Sam Fisher and James Dawson, Eliopulos illustrates how waiting for life to begin often gives way to forgetting how to live.  It is also a story about the volatility of life and our magical thinking: that life will start when __.  All readers will be able to fill in the blank with their own wishful thought.  From this book’s characters, readers learn that living means creating our own meaning.

Besides magical thinking, the story, which is set in Friedman, Georgia, also contains actual magic. Eliopulos invites those who traditionally speak out against magic to reimagine the definition as more figurative than literal.  We find magic in knowledge, technology, and hope—an irrational but powerful force that can magic us back to mental health and give us the strength to carry on against impossible odds.

An out gay magicker, Sam describes himself as a B-minus human being with friends who are Advanced or AP Everything.  Although it’s not like he needs any other reason to feel weird, Sam is unable to remember any of his sleep-induced dreams.  He also has a crush on James, but he hasn’t been able to reveal those feelings aloud.  If there’s ever going to be some great romance between them, it is still in the ember phase, and Sam is afraid if he blows too hard, he will blow the romance out before it has a chance to flame.

Add that awkwardness to James’ confusion about his own questioned sexuality and his strong desire to protect his brother Benji from their abusive father.  To feel more powerful, James engages in risky habits with alcohol and drugs, habits which turn him into more of an avatar than a person, “ecstatic one moment and then hating the world and his life the next” (47).

While attending a party, James recklessly steals a spell book from Albert Grender, a member of a cult-like compound of magickers called True Light whose members believe that their power comes from angels.  In actuality, they are hell-bent on stealing as much magic as they can, and James feels compelled to stop them.

That theft sets in motion a series of frightening events for the Fascinators, a high school club of magickers who are preparing for state convention.  The club’s president is an ambitious and independent senior, Deila, who needs magic to sustain her life.  She wants to escape Friedman and go North, where people are more inclined to see magic for its progressive and artistic possibilities.  Her goal is to gain admission to Pinnacle, an elite school for those seeking to advance their talent and power with spell casting and magic.  With her talent and help, the group takes on True Light, but first they have to find the book that James teleported to a safe but unknown place.

Although the plot revolves around the conflict of a lost spell book and the thirst for power, it also explores many human truths—not the least of which is that we grow more whole as we acquire particles of truth and as we give part of ourselves away—one of life’s greatest paradoxes.

Other human truths include how we sometimes fight with those we care about because we don’t want to give up on them, and that friendship doesn’t depend on a one-sided change to be a better person for someone else’s acceptance.

Eliopulos further posits that we all have magic, that it makes sense and is real: “Your magic is right up there with your brain or your soul.  Ignore it all you want to but you can’t live without it” (218).  According to James, a powerful magicker from who magic flows, “Magic can do an awful lot.  But . . . the more we try to control it, the more powerless we become.  For me, that’s where God comes in.  Not to make you fear magic.  But to make you appreciate it” (304).