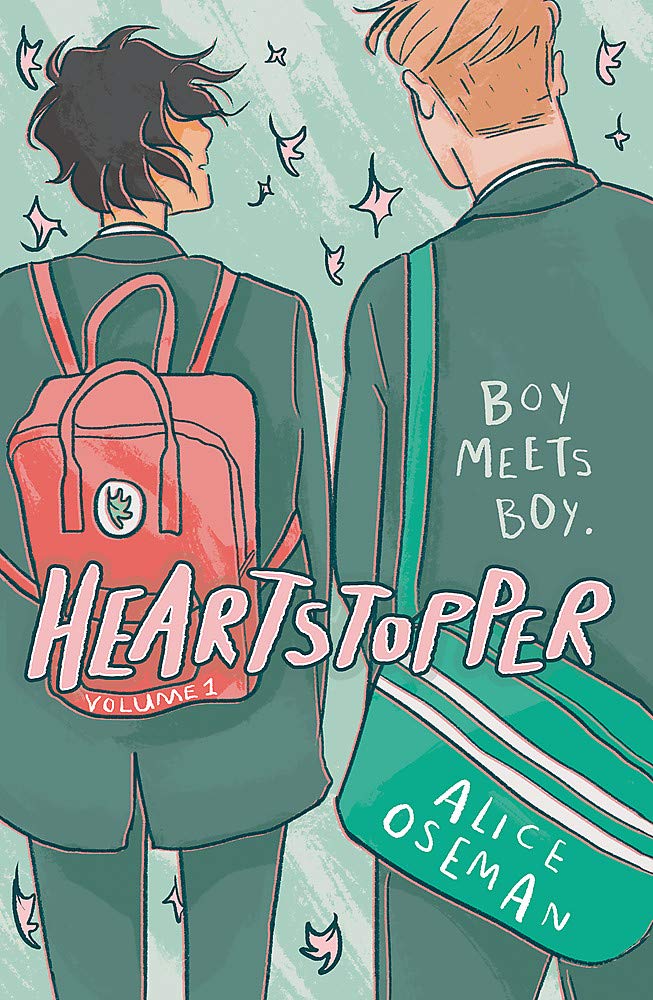 With Heartstopper, Alice Oseman has created a heart-warming story of friendship that grows beyond those simple bounds, and the pictures in this graphic novel are as telling as its words. 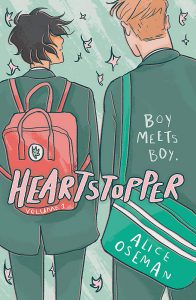 er and mathematics wizard who is better at virtual sports than real ones, Charlie Spring is a sophomore at Truham School for Boys in England.  With the start of the new school year, he is seated next to a young man who is a year older and a star of the rugby team: Nicolas Nelson.

When Nick sees the speed at which Charlie can run, he invites him to join the rugby team.  However, the other lads on the team fear Charlie will be bad at sports because he’s gay.  Miss Singh, the boys’ PE teacher who is an ex-semi pro rugby player, reminds them that it’s not only rude to speculate about someone’s sexuality but that gay or straight aren’t the only two options.

With Nick as his private rugby tutor, Charlie develops his athletic skill, and the two discover they enjoy spending time with one another. Playing Mario Kart and interacting with Nellie, Nick’s dog, provide additional bonding time.

As their friendship grows, so do their feelings, until Nick is forced to rethink his own sexual identity.

Heartstopper tells the backstory of Nick and Charlie, two characters who speak to us all about love, friendship, loyalty, bullying, and sexual diversity.