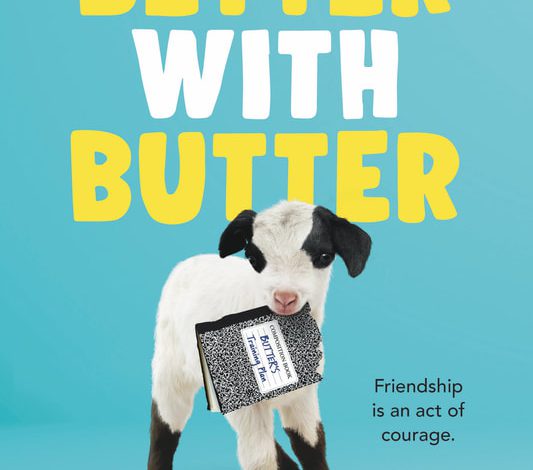 Better with Butter by Victoria Piontek 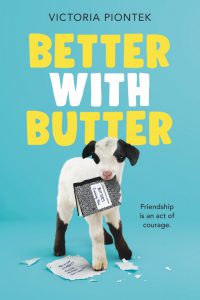 Better with Butter by Victoria Piontek takes on the topic of mental health awareness. Her novel features twelve-year-old Marvel McKenna who lives with an anxiety disorder.

When she’s not thinking of global, world-ending tragedies, Marvel is thinking of small “me-centric concerns.”  In fact, her insides feel like a forest with “one worry pollinating another” (70).

Targeting middle school readers, Piontek’s storyline opens the dialogue about mental challenges. Through Marvel, young readers will come to know that pep talks don’t magic someone back to health, nor can anxiety be teased or bullied out of a person either.  What people with such a condition need most is to be heard and for their feelings to be taken seriously.

Marvel’s perception of herself is that she is cowardly and defective. She doesn’t want her dad, who is a soldier in the Navy and the most heroic person she knows, to see those faults. So, she hides them, feeding her worry that she will be found out. When she is at risk of failing sixth grade because she has had too many sick days and can’t seem to complete tasks with a public speaking component, she begs her mother to consider homeschooling.

Marvel doesn’t hate school or interacting with other children at Bayside Academy near San Francisco. In fact, she loves to learn new things and yearns for friends. “It’s the pressure not to mess up that makes everything miserable, to get it all right—the answers, the words, the clothes, the hobbies, the chitchat. It’s a lot to worry about. One misstep and KERPOW, it’s over” (85).

One day while walking home from school, Marvel encounters some children harassing an animal. Because she can’t tolerate cruelty, Marvel steps in and rescues what turns out to be a mini myotonic, a special breed of fainting goat.

Because the animal has a name tag that identifies her as Butter, the goat clearly has an owner, but Marvel ignores that detail and takes the goat home. Marvel’s mother insists the goat is only temporary and tells Marvel to make posters to alert the lost pet’s owner.  Although Marvel goes through the motions, her heart is focused on keeping Butter.

The two form a fast and loyal relationship with each depending on the other. When the school counselor, Mr. J discusses the idea of a comfort pet or support animal, Marvel puts a plan in motion, and soon she is taking Butter to school—without her parents’ knowledge—and claiming that Butter is an official Emotional Support Animal protected by federal law.  But a red vest, a certificate printed from the internet, and a pet store engraved tag don’t make the process automatic—Marvel will have to convince a series of people, starting with Principal Huxx.

With Butter by her side, for the first time, Marvel sees things through a different lens—one that is not clouded by anxiety.  Marvel’s world shifts for the better until . . . KERPOW!

In addition to its mental health angle, Piontek’s book shares tremendous insight into how people aren’t ever just one thing—not even bullies—and that even heroes experience fear. We just can’t allow our fears to make decisions for us.

2021-07-11
Previous Post: We Must Not Forget by Deborah Hopkinson
Next Post: The Ghosts We Keep by Mason Deaver