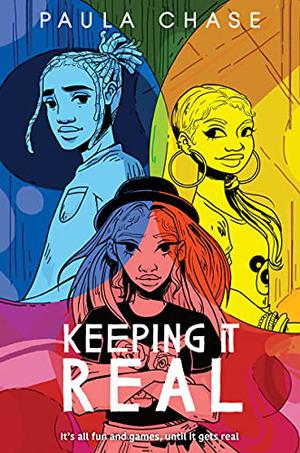 Keeping It Real by Paula Chase 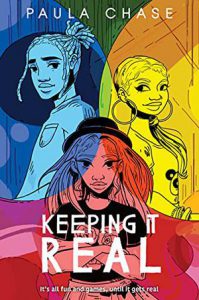 Keeping It Real by Paula Chase follows the story of a group of black teenagers who are accepted to a program for disadvantaged youth called Style High. Sponsored by Flexx Unlimited, a hip-hop media company owned and operated by Marshall and Manita Johnson, Style High gives budding fashion designers some real experience working up concepts for approval, using their inspiration, and being ready for anything the fashion world might throw at them. So when fourteen-year-old Marigold Johnson’s best friend Justice Freeman gets accepted, Marigold decides she wants to work at Flexx for the summer.  After all, her parents own the company.

Although her parents are initially hesitant about their privileged daughter joining the disadvantaged teens, working at Flexx turns into Mari getting into Style High. The energy at Flexx is “one part backstage at an awards show and one part hip-hop reality show” (48). But the vibe in the workshop for the youth is more icy than friendly since Kara from Holly Heights—one of DC’s more impoverished neighborhoods—seems intent on making Marigold’s life uncomfortable. As Mari tries to unravel the mystery of this new dynamic, she finds herself jealous of the relationship Justice is developing with Kara. Soon, the ice breaks, and the shards have serious repercussions with Mari finding herself the victim of betrayed trust.

While Chase’s novel focuses on the socio-economic and racial dynamics shared among recent eighth grade graduates, it also shares a couple of key morals: that everything done for the right reasons isn’t always right and that silence keeps objectionable policies in place. Marigold discovers that sometimes going along with traditions and rules rather than speaking out to effect change can feel like a lie. “And sometimes you forget who you are a little bit, when you go along for too long” (339).