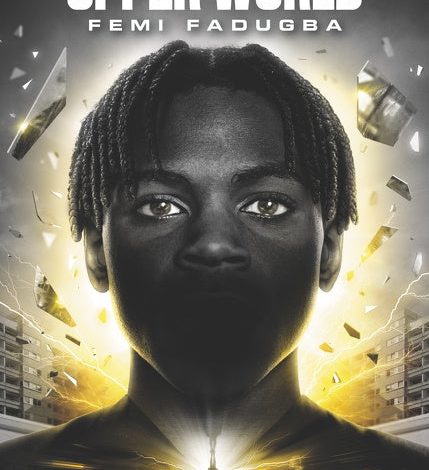 The Upper World by Femi Fadugbah

For those who enjoy science, especially physics, The Upper World by Femi Fadugba is a must-read. This is a fascinating book set in South London and featuring two sixteen year olds: Esso Adenon and Nadia Black in the present and fifteen year old Rhia in the future—with lots of time travel to the past mixed in.

Every time Esso tries to stay out of trouble and every time he promises his Mum from the trenches of his soul to be good, trouble seems to still find him. Such is the case in Fadugba’s novel after Esso uses hidden energy to save a young boy from being hit by a car. In the process, he finds himself in the Upper World. Eager to share his “heady experience” with its paranormal visions, he ends up in a lunch room fight with a member of the best known gang in Brixton, the Think After Shooting (TAS) gang. Now with his third demerit, Esso is about to be expelled from school unless he snitches on TAS members. Cornered by fate, Esso realizes that sometimes a choice is a tombstone, not a real choice at all.

Tough, smart, and kind, Nadia is Rhia’s biological mother who sinks to the depth of mental illness after experiencing multiple traumas in her life. As a result, her daughter ends up in the foster care system. Now, fifteen, Rhia is seeking answers about who she is, where she’s from, and where she’s meant to go from here. In order to find those answers, she must decide how to proceed. But in the words of a former English teacher, Rhia knows that to decide involves the murder of all other options. How does she choose one future—a future with football and a university education—over knowing her origin story?

With the encouragement and tutoring of Dr. Esso, Rhia grows enthralled by the math connected to the reality of time dilation. Swinging between hope and horror, Rhia contemplates whether she can go back in time and save her mother. With the temptation irresistible, Rhia wonders if we have the power to change our pasts and choose our futures.

With diagrams and an ample amount of math, Fadugba proposes that time travel might be real. Whether the book turns the reader into a believer or not, some of Fadugba’s premises are difficult to refute; namely that knowing from the head differs from knowing with one’s heart: “When you fully believe in something, it flows from your heart, soaks into your blood. It makes the unbelievable . . . real” (329). Furthermore, impossible is often a matter of perspective, “a trick of relativity” (331), since, in time, we’re all redeemable.