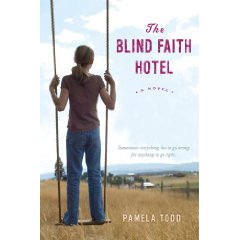 What is “home”? Is it a physical place we occupy? A memory? A group of people? A time?  In Pamela Todd’s Blind Faith Hotel, we search for home and find it in unexpected places. Fourteen-year-old Zoe feels like her whole world is going to pieces. Zoe’s mother takes her kids away from their father, a fisherman who ships out to Alaska, and moves them to a run-down farmhouse she’s inherited in the Midwest.  Surrounded by strangers and a sea of prairie grass, Zoe loses her bearings: she misses her father and the sea fiercely; she battles with her mother daily; and she’s searching for answers to END_OF_DOCUMENT_TOKEN_TO_BE_REPLACED 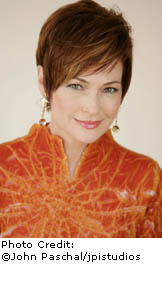 Carolyn Hennesy, author of the Pandora series (Pandora Gets Jealous, Pandora Gets Vain, Pandora Gets Lazy) will be visiting local schools with PBC April 13 & 14, 2009.  If you’re interested in hosting her for a presentation, contact Jade Corn at 602-740-5637. END_OF_DOCUMENT_TOKEN_TO_BE_REPLACED

Burn My Heart is another amazing book from Beverley Naidoo. In this story set in Kenya in 1951-1953, we meet Mathew – the white pre-teen son of a landownder and Mugo – the African son of the farm’s chief caretaker. They share a friendship that is beginning to show the strains caused by their places in the world they inhabit.  A worse threat is looming around them both however, with the growing Mau Mau rebellion led by the Kenyans to reclaim their ancestral land from the white British settlers.  Suspicion, accusations, brutality and betrayal escalate until everything in Mathew’s and Mugo’s world changes. The larger question in this book END_OF_DOCUMENT_TOKEN_TO_BE_REPLACED