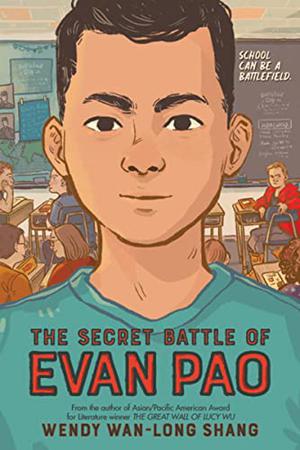 In her new book for middle-grade readers, The Secret Battle of Evan Pao, Wendy Wan-Long Shang not only explores how young people often deal with conflict but also wonders about their capacity for reconciliation. Through her main character, sixth grader Evan Pao, Shang shares what it means to be “Mr. Sensitive” in a world that often shows no mercy. A human lie-detector with bright and curious eyes, Evan has a sense for when people are not telling the truth. However, his ability fails him when it comes to his father’s swindling ways, which ultimately force the family to flee their home in California. Their move END_OF_DOCUMENT_TOKEN_TO_BE_REPLACED